Iran:Khamenei’s posters were pulled down in Egypt 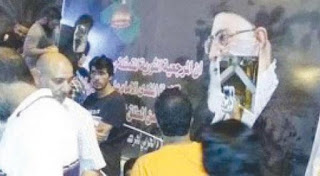 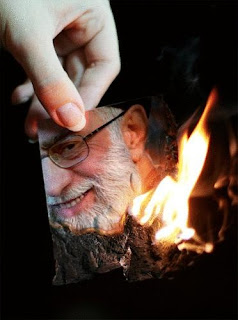 Iran:Khamenei’s posters were pulled down in Egypt

NCRI - Installing Khamenei’s posters by an Arabic TV channel on several streets of Cairo caused outrage and angry reactions by Egypt's authorities and officials of Al-Azhar University.
An official of Al-Azhar University, while harshly criticizing installation of Khamenei’s billboards, told Egyptian “Al-Youm” newspaper: “Installing these billboards for whatever reason provokes outrage and condemnation.”
Egyptian officials emphasized that these posters were taken down and collected from the streets of Cairo.

Director General of the TV channel that set up the billboards announced in a press statement: “The goal of this channel was to convey a specific message through the billboards to reflect the expansionism of Iranian regime in the Persian Gulf.

The TV channel added: “The channel reflects the ideals and aspirations of the Arab people and opposes the Iranian regime's aggression and interventions in the Arab world and Persian Gulf.”
Posted by Anjoman nejatiran at 12:04 PM