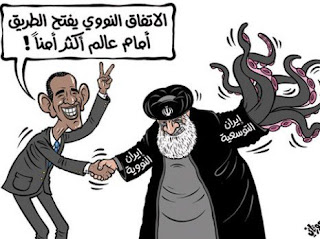 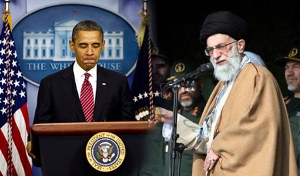 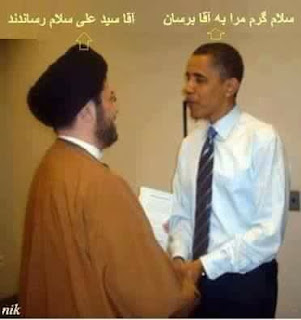 After the unexpected election of Donald Trump as president of the United States of America, a new reality emerges not only for Americans but also for Europeans, in their relationship with the Iranian regime, former European lawmaker Alejo Vidal-Quadras wrote on Tuesday, November 29, for United Press International
"As a candidate, Trump rallied against the nuclear deal with Iran as 'one of the worst deals ever negotiated' and pledged to renegotiate on terms that favor the United States and its allies. He has also cast himself as a strong opponent to Islamic extremism in very forceful terms, another indication that the U.S. relationship with Iran could be in for big changes", wrote Dr. Vidal-Quadras.
Even without a complete renegotiation of the deal, there is much that Trump can still do in combating the Iranian regime's nuclear ambitions and sponsorship of extremism in the Middle East and around the world, he added.
"The first action a Trump administration can undertake is simply enforcing the rules on the books. The Iranian regime has violated international agreements and raised concerns about its ballistic missile program. This flagrant violation must come at a price. Trump can put a halt to the huge trade deals between American companies and Iran and can introduce new sanctions accordingly. In doing so, he would send a clear message to the Iranian regime, enforce international law and lessen the threat around the Middle East."
"Another action the new U.S. administration can take is to stand up against the practice of kidnapping that the Iranian regime has been using to receive ransom payments. They abducted American soldiers on a patrol in the Gulf this year and have been kidnapping American and European citizens in the past who they let languish in horrid conditions in prison until they extract their ransom. This is a technique that goes back to the Iranian revolution in 1979 and continues to be used because the American government has been paying the price instead of inflicting a price for Iran's aggression."
"Another action that the new administration should take is to make it clear to Iran that the era of the impunity of its unbridled egregious meddling in the region from Iraq to Yemen, and particularly in Syria, is over. The case in point is Syria. The Assad regime is guilty of a multitude of atrocities against its citizens and Tehran has been its main backer in the past five years in his slaughter of the Syrian people."
"But the key action is to go where it hurts the ruling clerics the most: reaching out to Iranian people and their resistance. This is Tehran's Achilles heel. In a policy initiative on Iran in 2015, 40 former senior U.S. officials who held national security positions in four administrations, called for a new attitude in U.S. policy toward Iran and the Iranian opposition. They called for a new approach toward the largest, most established and best organized democratic opposition, the National Council of Resistance of Iran, led by Maryam Rajavi. The key component of the NCRI, the People's Mojahedin Organization of Iran, has maintained an extensive popular support among Iranians at home and abroad, despite a brutal repression including the execution of dozens of thousands of their activists by the regime. It must be remembered that it was the MEK who blew the whistle and revealed Iran's concealed nuclear program in 2002."
"Rajavi's steadfast message to political and religious leaders around the world over a period of many years is summarized in her 10-point plan for the future of Iran, a political program that would resolve the country´s most dangerous and destabilizing challenges. The plan would restore political legitimacy through universal suffrage, guarantee rights for all citizens and particularly women and minorities, end the cruel excesses of the judiciary by re-establishing the rule of law, finish the nightmare of fundamentalist Islamic dictatorship by separating church and state, protect property rights, promote equal opportunity and environmental protections, and – last but certainly not least – seek a non-nuclear Iran, free of weapons of mass destruction."
Dr. Vidal-Quadras added that President George W. Bush famously stated in his 2005 state of the union speech: "If the Iranian people stand up for their liberty, America stands with them." But in 2009, when millions of pro-democracy Iranians poured into the streets of Tehran calling for freedom and regime change, President Barack Obama didn't move a finger and let them be crushed by the tyrants.
He added: "The next four years could dramatically shift U.S. policies in the world. If proactive on Iran, Trump could usher in long-term stability in the Middle East, decrease the likelihood of nuclear proliferation and contain the refugee crises. He has an excellent opportunity to restore the lost credibility of the United States in this context and the European Union should be an active partner in such an undertaking".
Alejo Vidal-Quadras, a Spanish professor of atomic and nuclear physics, was vice president of the European Parliament from 1999 to 2014. He is currently president of the Brussels-based International Committee in Search of Justice (ISJ).
Posted by Anjoman nejatiran at 8:15 AM