Maryam Rajavi: "…Aleppo Will Rise Once Again in Freedom and Prosperity Despite What the Criminals Have Done to Syria…" 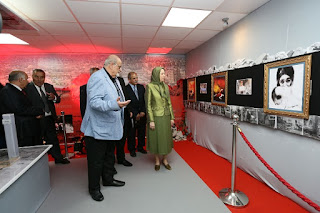 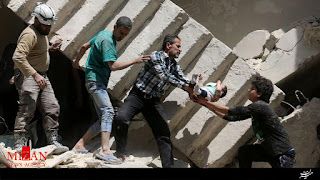 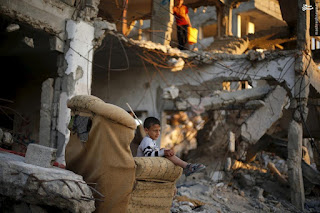 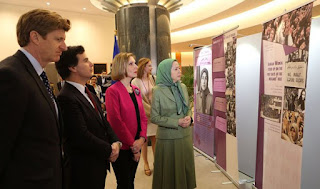 Maryam Rajavi: "…Aleppo Will Rise Once Again in Freedom and Prosperity Despite What the Criminals Have Done to Syria…"

NCRI - A conference was held on Saturday, November 26, in Paris, in the presence of Maryam Rajavi. Following is a part of this speech about Syria. Dear friends,
Today, Khamenei has increasingly and deeply tied the fate of his corrupt regime to the carnage haunting the people of Syria. He tried in vain to justify the regime's aggression and bloodshed under the pretext of defending the Holy Shrine (of Hazrat Zeinab). Now, he is failing to unite even the internal factions of the regime over the continuation of this filthy war.
The war in Syria has nothing to do with the people of Iran and their national interests.
You heard chants of thousands of Iranians in their demonstrations commemorating Cyrus the Great in Pasargadae, who cried out, "I want to sacrifice my life for Iran, not the Gaza Strip, not Lebanon!" Because everyone knows that Khamenei's warmongering in Iraq, Syria and Yemen is only intended to maintain the veil of repression over Iran and to preserve the rule of the Velayat-e Faqih regime.
I reiterate that, in diametric opposition to the mullahs, we and our people stand side-by-side with the courageous and honorable people of Syria. We consider their innocent children as our own and we feel their pain and suffering. We shed tears for their devastated cities. We are restless because they are homeless. We see ourselves as the citizens of the blood-drenched Aleppo.
Aleppo is one of the centers of civilization, which is now persevering under horrifying bombardments in continuation of its 6000-year legacy. Aleppo is the epitome of suffering and endurance of our human world; and Aleppo will rise once again in freedom and prosperity despite what the criminals have done to Syria and despite the shameful policies of appeasement.
Syria is not alone. Syria lives in the hearts of the people of the world and no doubt it will triumph and it will be liberated.
Dear friends,
As for the present crisis in the region, any solution seeking to end war and instability and to address the problem of Daesh (ISIS/ISIL) in particular must factor in the need for ending the regime's meddling in the region and especially in Syria. Nothing is more catastrophic than cooperating with the Iranian regime in the fight against Daesh. This would only strengthen the Iranian regime and support its terrorism while nourishing Daesh politically and socially.
The fight against Daesh is inseparable from fighting the mullahs and the IRGC. The more the mullahs are pushed back, the closer Daesh will come to its demise.
We urge all nations and states in the Middle East to evict the Iranian regime from the entire region. We also caution Western governments against giving any form of assistance to the crisis-riddled regime of Iran. We advise them against acting as a crutch for the crumbling Iranian regime by cutting deals with the IRGC. Instead, they should recognize the Iranian people's Resistance for regime change, freedom and democracy….
The day of freedom for the people of Iran and the day of peace and tranquility for the region is within reach.
Hail to the Iranian people;
Hail to the martyrs;
Hail to freedom.
Posted by Anjoman nejatiran at 7:55 AM