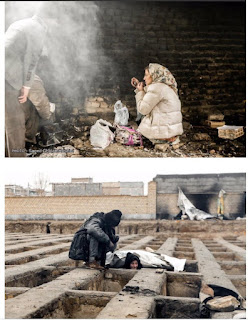 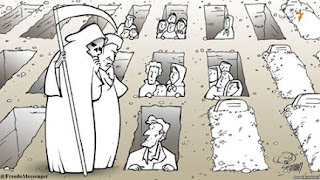 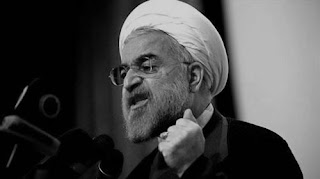 NCRI - One Homeless: “Officers came this morning, beat us up, took our belongings, kicked us out and left.”
Following the rise of social turbulence regarding the shocking phenomenon of homeless “Sleeping in Graves” in the cold season, the Iranian regime’s president Hassan Rouhani tried to evade accountability and justify the situation by stating, “Who can accept that dozens of his countrymen who have suffered «social ills» take refuge in graves at night because of homelessness?” Rouhani’s appointed Governor in Shahriar County promised to specifically deal with the situation of the homeless sleeping in Nasir-Abad cemetery. However, their approach toward addressing this problem was cruel and demagogic.
The state-run Shahrvand (Citizen) newspaper in an article titled “Gathering Grave-Sleepers,” reported the ruling mullahs’ so-called plan and their approach to organize and take care of the homeless sleeping in empty graves: “Now, among 300 empty graves in Nasir Abad cemetery, only one (homeless) person remains. His name is Behrouz. Alone in an empty grave beside 299 other empty graves, Behrouz explains: ‘Officers came this morning, beat us up, took our belongings, kicked us out and left. And now I am the only one here.’ These are the only words Behrouz could tell us from inside the empty grave, a grave that is lightened by only a small flame (to warm him up in the scorching cold).”
Instead of solving the problem by providing food and proper shelter, Rouhani’s government through his appointed governor dispatch the police and municipality agents to beat up and remove the homeless. They are in fact trying to wipe out the problem without providing a fundamental solution to homelessness and poverty. Indeed, they are trying to hide the shocking tragedy and show the tragedy does not exist anymore or resolved by beating up and dispersing the homeless.
“Some people came and tried to disperse us by kicking and beating us. They were from the municipality and the police. However, those we saw were not wearing uniform or certain outfit. They were not trying to help but just wanted to disperse us. They took our things and left,” Behrouz said, according to Shahrvand newspaper.
When asked why he doesn’t go to Garm-Khaneh or Warm House (a camp-like shelter), Behrouz responded: “I used to go to Garm Khaneh, but each time I go there it cost 25 thousand Tomans ($6.5 dollars) round trip. I cannot afford it. I don’t have any money. What does it take for the government to build a shelter here? It is as easy as pie for them. We are not foreigners? We are Iranian too. Aren’t we human beings? What does it take for the governor or the mayor to build a shelter here? It is as easy as drinking a glass of water for them.”
“In the last 40 to 50 days that the weather became cold, I built 5 shacks as shelter so far but the police and security and municipality agents burned or destroyed them each time, and now I have to sleep in the desert. I find a plastic sheet and pull it over my head to protect myself against wind and rain,” Behrouz added.

When asked if they were not afraid of sleeping beside the death, Behrouz said: “No, we are not. Living beside the people who are alive is more difficult than living beside the death. We realized this after they came in the morning and kicked us out after beating.”
The state-run newspaper concludes the article by writing: “Grave-Sleepers are neither organized nor taken care of, but dispersed. The authorities of Shahriar county municipality, near Tehran, announced yesterday that they have organized and taken care of these homeless Grave-Sleepers but in fact they have not. They just beat them out, removed them from the cemetery and dispersed them. They (the homeless) took everything that remained for them such as torn and dirty blankets… and went away… They went to find some sort of refuge in the dessert, a dungeon, corner of a collapsed wall or unfinished buildings nearby away from the eyes of the police and municipality and governorate.”
Through his demagogic statements regarding this problem, Rouhani is apparently taking the plaintiff position as if he is a regime outsider and not responsible for the fundamental problems of poverty and homelessness and its consequences in Iran. He states: “We had heard that some due to addiction, poverty, and destitution, sleep in the streets, sleep under bridges… But we had rarely heard of grave sleepers. We had rarely heard that a poor person sleeps in a grave due to poverty and destitution.”
He does not explain that the real reason for the “social ills” that he referred to in his statements and the real reason for the catastrophic social and economic situation, including the shocking tragedy of homeless “Sleeping in Graves” is nothing but the regime’s economic, social and foreign policies.
Indeed, Rouhani must be held accountable and must answer why he has spent and is spending billions of dollars of unfrozen assets to fund IRGC’s terrorist Quds force and affiliated militias and mercenaries to participate in the massacre of innocent people in Aleppo and other Syrian cities, ballistic missile production, continuing executions and internal suppression and allowing the mullahs and their close circles to plunder a major part of the Iranian national wealth, but has done nothing to provide a simple shelter for these helpless people or to address the fundamental problems of poverty and homelessness?