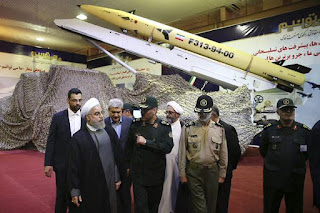 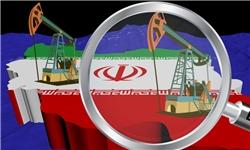 Investigators: Ring laundered Iranian money, smuggled missile testing technology in violation of U.S. law
An Iranian-born Canadian arrested in a Washington city on the U.S.-Canadian border has been charged with conspiring to ship a piece of testing equipment used to calibrate missile guidance systems into Iran. Levi Pulkkinen reported in ‘Seattle PI’ on March 30, 2017.
Federal prosecutors claim Ghobad Ghasempour and two other men smuggled restricted items out of the United States to Iran through China. Ghasempour was charged Tuesday by federal prosecutors in Washington, D.C.
According to charging papers, Ghasempour created several front companies to help his father's friends Iran launder money and import products in violation of sanctions related to Iran's nuclear program. Ghasempour, who is alleged to have begun the scheme in December 2011, is accused of arranging to ship a table used to calibrate aeronautical sensors into Iran in violation of U.S. law.
A Chinese man managed the day-to-day operations of the China-based fronts, which arranged for goods to be shipped to Iran from the United States, China and Europe, a U.S. Homeland Security special agent said in charging papers. A man in Iran is alleged to have coordinated deliveries and money laundering for an engineering firm run by the Iranian government, Kiyan Saynpaniz International or KSP.
According to charging papers, Ghasempour told the Chinese man in 2012 that a friend of his father was having difficulty importing paper-making materials from Brazil due to sanctions imposed on Iran. The men are alleged to have arranged to use Iranian oil money to buy supplies for the paper factory.
As the scheme progressed, Ghasempour arranged to buy other items through the Chinese front companies, the special agent said in charging papers. The agent said Ghasempour and the Iranian man soon began requesting computer equipment not available in Iran.
Decade-old sanctions against Iran were eased in January 2016 after the Iranian government agreed to limit its nuclear program. In recent months, though, the U.S. State Department has sanctioned dozens of businesses and individuals thought to be doing business with Iran. Bills currently before both houses of Congress would sanction financial institutions and others linked to Iran's ballistic missile program.
A June 2012 email exchange showed Ghasempour explain that he “had a ‘frank’ discussion with (the Iranian) and learned that KSP is an Iranian government engineering company that also purchases items for different Iranian government agencies,” the special agent said.
“Ghasempour wrote that KSP will provide a lot of requests for items, but that the competition for the business is high and (their company) may not always win every bid,” the agent continued.
Among the items the men are alleged to have purchased were pieces of equipment used to test guidance systems used in aircraft. The items required a special license for export due to possible military applications, which include developing missile technologies.
Describing the 2016 shipment, investigators claim the Iranian partner agreed to pay $500,000 for one of the testing tables. They arranged to ship the item to Iran through a Portuguese company.
Ghasempour is alleged to have conspired to violate U.S. law by conspiring to export the Ideal Aerosmith testing table. He was arrested Tuesday at Blaine, Washington.
Investigators also contend that, in October 2015, the Iranian partner contacted Ghasempour with an urgent request regarding sonar systems. According to charging papers, Ghasempour was good friends with a Vancouver-based employee of Vard, a Norwegian marine architect. He is alleged to have tried to use that friendship to broker connections between the company and the Iranian Ministry of Defense.
Investigators detailed a collection of front companies set up to skirt sanctions limiting exports to Iran. They said Chinese partner and Ghasempour legitimized Iranian money through a Chinese bank with “ease.”
Ghasempour has been charged with conspiracy to unlawfully export U.S.-origin goods to Iran. The two other men named in court papers have not be charged publicly.
Posted by Anjoman nejatiran at 12:09 PM