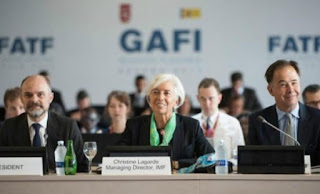 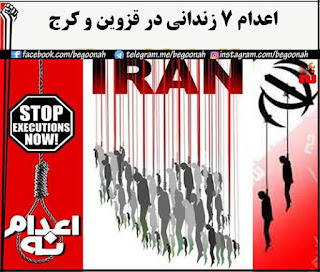 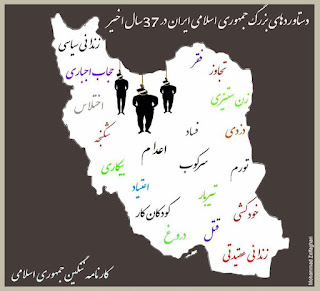 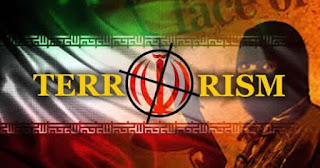 The Algemeiner
By Ben Cohen
Tuesday, 27 June 2017
An intergovernmental organization created by G7 nations to combat financial crimes including money-laundering and terrorism financing is to keep Iran on its economic blacklist, in a major blow to the Tehran regime’s hopes of gaining unfettered access to the international financial system following the 2015 nuclear deal with six major world powers.
At its plenary in the Spanish city of Valencia last week, the Financial Action Task Force – made up of37 member states and two observers, Israel and Saudi Arabia – decided to keep Iran on its “Public Statement” – effectively a blacklist that prevents those countries listed on it from accessing banking and other financial services.
At present, only two countries – Iran and its ally North Korea – are present on the list. In its statement on Iran, the FATF  said that while it “welcomed Iran’s high-level political commitment to address” a FATF Action Plan agreed in October last year and confirmed that it would not reimpose punitive “countermeasures” on Tehran, it remained concerned that the regime had not yet fulfilled its obligations under the plan with regard to money laundering and the financing of terror.
“Until Iran implements the measures required to address the deficiencies identified in the Action Plan, the FATF will remain concerned with the terrorist financing risk emanating from Iran and the threat this poses to the international financial system,” the FATF stated.
Advocates of sanctions against Iran for its human rights abuses and support of terrorism applauded the FATF announcement.
“Myriad risks, including the funding of terror proxies like Hezbollah, the use of Islamic Revolutionary Guard Corps front companies to launder money, and cybersecurity hacking, show that Iran has a long way to go before becoming a responsible and trustworthy business partner,” said Amb. Mark Wallace, CEO of United Against Nuclear Iran (UANI).
On Tuesday, Iran expressed its frustration with FATF. “Even though we regard the recent FATF decision as a step forward, we announce that this positive measure does not satisfy Iran so we will continue to follow up the matter to provide the Iranian people with their full rights,” Iran’s Economy Ministry declared in a statement.
One expert on Iran’s relations with the FATF said he did not see any immediate reprieve on the horizon for Iran.
“It is hard to overlook the strong warnings FATF continues to make to states ‘to advise their financial institutions to apply enhanced due diligence to business relationships and transactions’ with Iran given the ongoing deficiencies in its Anti Money Laundering/Counter-Terrorist Financing (AML/CTF) framework,” Tom Keatinge, Director of the Center for Financial Crime and Security Studies at Royal United Services Institute in London, wrote in a briefing on Monday.
“[A]gainst a background of combative messages from Washington, continued concern of banks that they may inadvertently fall foul of remaining non-nuclear-related sanctions, the ongoing and largely unhelpful Iranian involvement in Syria, and Tehran’s decision to take sides in the current spat between Qatar and its neighbors, it seems doubtful that FATF’s latest announcement will make any difference to the caution displayed by banks worldwide when faced with Iranian business opportunities,” Keatinge argued.
In an op-ed published on Tuesday in Newsweek, Giulio Maria Terzi – the former Italian foreign minister who now serves as a Board Member with UANI – observed that over the last year, “foreign investors are growing spooked by the risks of doing business with Iran.”
“The largest annual convention in Iran’s petroleum industry, known as the Iran Oil Show, opened in Tehran last month without big names such as BP and Total present,” Terzi noted.
Terzi pointed out that many foreign shipping companies are nervous about becoming unwittingly entangled with front companies for the sanctioned Islamic Revolutionary Guards Corps (IRGC). An exodus of these companies “could potentially deprive the world’s leading state sponsor of terrorism of a critical economic lifeline since they provide access to global markets, especially oil,” he said.