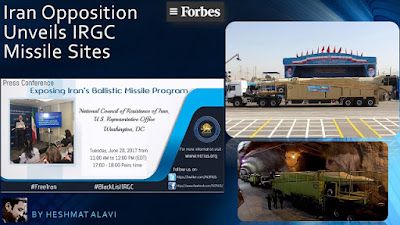 Iran has been pursuing an extensive ballistic missile program through dozens of very important sites, including twelve unknown to this day and one specifically linked to its highly sensitive and controversial nuclear program, the Iranian opposition National Council of Resistance of Iran (NCRI) revealed at a press conference Tuesday in Washington.
The NCRI, citing sources of coalition member People’s Mojahedin Organization of Iran (PMOI/MEK) network inside Iran, in this case in Iran’s Defense Ministry & the Islamic Revolutionary Guards Corps (IRGC), has a history of blowing the whistle on Tehran’s ballistic missile program, nuclear weapons drive, terrorism and meddling across the Middle East and beyond, and human rights violations.
Various aspects of the dozen hitherto-unknown sites involved in ballistic missile production, testing and launches, all controlled by the IRGC, were also unveiled.
NCRI US Office Deputy Director Alireza Jafarzadeh presented satellite imagery on the sites and details of North Korean experts who took part in the construction of such highly essential centers. 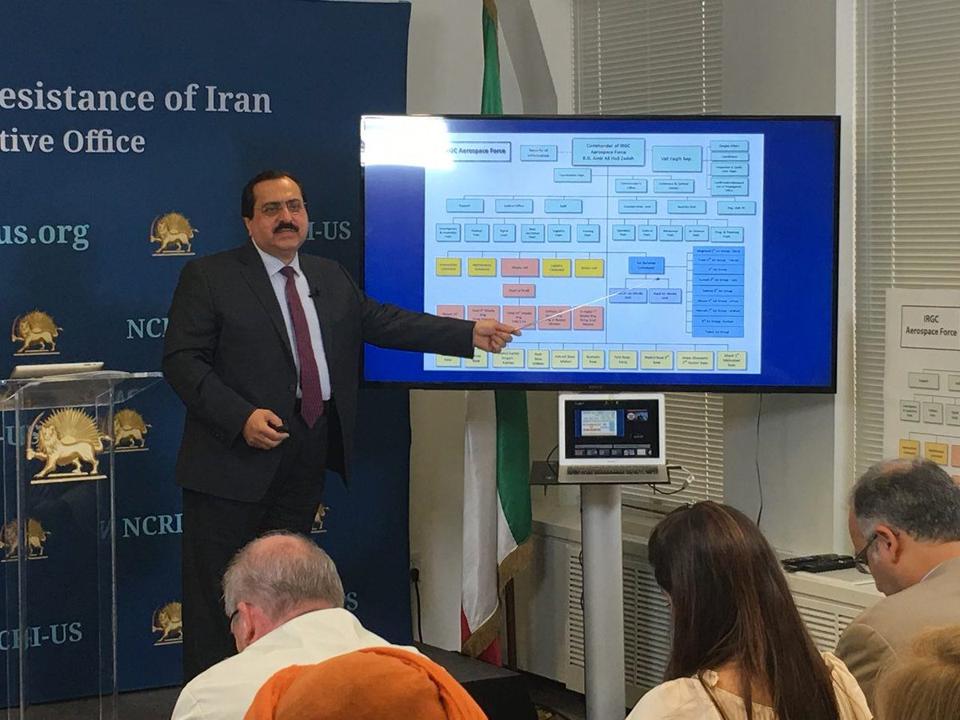 NCRI US Office Deputy Director Alireza Jafarzadeh
Iranian Supreme Leader Ali Khamenei demanded the acceleration of missiles production and tests following the nuclear deal signed with the P5+1 and specifically tasking the IRGC Aerospace Force to realize this objective.
The scope of Iran’s IRGC-pursued missile program is far more extensive than previously perceived. In this press conference the NCRI identified the locations of 42 IRGC sites, of which 15 are involved in missile manufacturing and containing several factories linked to a missile industry group.
Four of Iran’s most important missile sites are located in the cities of Semnan (east of Tehran), Lar (southcentral Iran), Khorramabad (western Iran) and near Karaj (west of Tehran), according to the PMOI/MEK sources. Iran has only acknowledged the existence of two of these sites to this day.
The Semnan site has been actively associated to SPND, Iran’s organization in charge of building a nuclear weapon, PMOI/MEK sources revealed. SPND has carried out many of its tests at this site.
SPND is the Persian acronym for the Organization of Defensive Innovation and Research, including Iran’s nuclear weapons program engineering unit. The NCRI first unveiled the existence of SPND in July 2011, leading to its sanctioning three years later.
IRGC missile sites have all been constructed based on North Korean blueprints, according to PMOI/MEK sources, adding Pyongyang’s experts have also been present at sites assisting their Iranian counterparts. 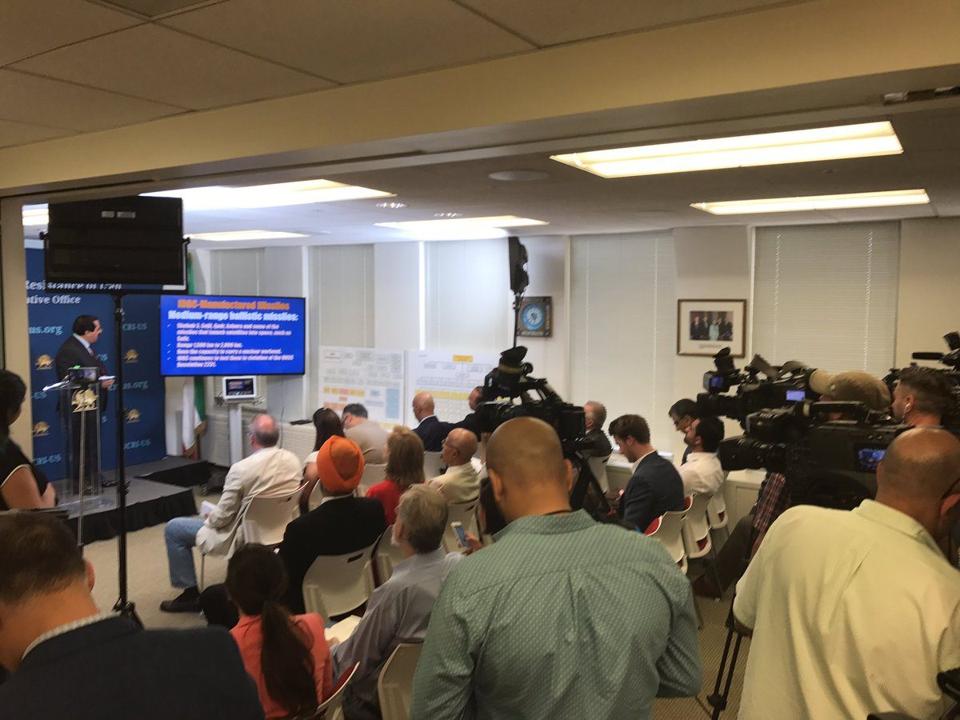 NCRI US Office press conference – Tuesday, 20 June 2017
The NCRI revelation comes at a sensitive timing as the US Senate levied extensive new sanctions on Iran covering particularly its ballistic missile program, and support for terrorism and human rights violations.
All factions of the regime in Iran are fully supportive of their drive to upgrade their ballistic missile program, considered a critical aspect of the mullahs’ national security framework and foreign policy.
“We will have a new ballistic missile test in the near future that will be a thorn in the eyes of our enemies,” Iranian President Hassan Rouhani boasted recently.
The region is currently engulfed in escalating tension as Iran launched six medium-range ballistic missiles targeting ISIS in eastern Syria on Sunday. Adding to the list of turmoil, the US military shot down a Syrian regime Su-22 fighter jet near the city of Raqqa for dropping bombs on US-allied ground forces. This is a first for Washington in the six-year long multi-faceted Syrian conflict.
This increase in foreign crises, parallel to Iran’s powder keg society causing major dilemmas for the mullahs as protests elevate across the country, will be a major issue of discussion in the upcoming NCRI annual convention scheduled for July 1st in Paris.
The NCRI, representing the most powerful Iranian opposition coalition, is calling for the following measures against Tehran:
Source: Iran Opposition Unveils IRGC Missile Sites
For watching the conference click on the below link:
The press conference revealing information on four of the most important Iranian Regime’s Missile Centers
Related article: