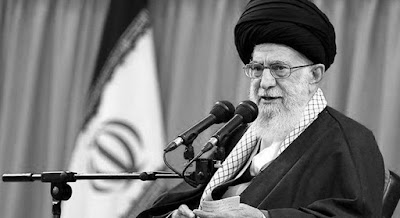 NCRI Staff
NCRI - As labor protests in Iran continue, the website belonging to regime leader ‘Ali Khamenei’ has released his speech made on February 5 this year, in which he states “the anti-revolutionary had its eyes on the country’s workers from the very beginning.”
Khamenei has added that Islamic Republic opponents --or the anti-revolutionary, as he put it -- have been seeking to somehow provoke Iranian workers against the ruling regime ever since it came to power.
In his speech, however, Khamenei makes no reference to judicial and security measures applied against labor activists during the ‘80s; activists who were arrested or even executed, killed or somehow forced to leave the country while their counterparts who were spared detention had to turn to limited, clandestine activities or were forced to stay at home.
Khamenei accuses in his speech “the enemies” of what he describes as “putting a lot of effort to provoke Iranian workers into driving factories and working environments, big ones in particular, into recession”, saying the workers have always resisted and foiled enemies plots with discernment.
Without making any reference to labor movements across Iran to protest about workers’ longtime unpaid work and insurance premiums, mass layoffs, below-poverty-line wages, and judicial and security measures applied against labor activists and formations over the past few years, Khamenei maintained that “the workers have always resisted throughout all these years, rejecting the enemies with their good sense of judgment.”
While the Iranian regime leader’s speech has been released on Monday February 26, there have been numerous reports of labor protests, strikes and rallies over the past few days in some cities across Iran.
The latest instance of such protests is related to Iran National Steel Company workers in Ahvaz, where they held a protest rally in front of Khuzestan province’s Governor Office on Monday February 26.
Meanwhile, Iranian Workers’ Free Trade Union has reported that workers and contractors at Khorasan Steel Complex as well as Deniz Petro-Industrial Company are on strike to protest about 13 months’ wage arrears.
According to the labor trade union, also Ilam Refinery personnel protested about non-payment of their salaries.
Earlier, workers for Qazvin’s Steel Company, Takestan’s Arman Shafagh Company, Tehran’s Varna Dairy Company, Tehran’s Ahab Company, Kish’s Boat Service Company, Arak’s Hepco Company, Boroujerd’s Saman Tiles Company, Haft-Tapeh Sugarcane Company, Semnan’s Rangin Company, Birjand’s Taban Shahr Construction Company, Abadan Refinery, East Azerbaijan’s Road Maintenance and Transportation Organization, Northern Khorasan’s Gholaman Dam Construction Company, Yasuj’s Parks and Green Spaces Organization, and Mahshahr’s Special Petrochemical zone also staged strikes or held rallies to protest about non-payment of their wages and insurance premiums.