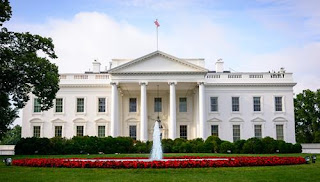 SEOUL/WASHINGTON (Reuters) - FEBRUARY 26, 2018  The White House said any talks with North Korea must lead to an end to its nuclear program after senior officials from Pyongyang visiting South Korea said on Sunday their government was open to talks with the United States.
The North Korean delegation, in Pyeongchang for the closing ceremony of the Winter Olympics, met at an undisclosed location with South Korean President Moon Jae-in, and expressed a willingness to meet with the United States, Moon’s office said in a statement.
The Pyongyang delegation said developments in relations between the two Koreas and between North Korea and the United States should go hand in hand, according to the statement.
The Olympics gave a boost to recent engagement between the two Koreas after more than a year of sharply rising tensions over the North’s missile program and its sixth and largest nuclear test in defiance of U.N. sanctions.
The United States announced on Friday it was imposing its largest package of sanctions aimed at getting North Korea to give up its nuclear and missile programs.
On Sunday, North Korean state media accused the United States of provoking confrontation on the Korean peninsula with the sanctions.
“We will see if Pyongyang’s message today, that it is willing to hold talks, represents the first steps along the path to denuclearization,” the White House said in a statement.
“In the meantime, the United States and the world must continue to make clear that North Korea’s nuclear and missile programs are a dead end,” it said.