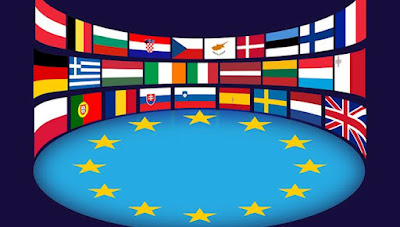 May 29, 2018 - The appeasement policy, adopted by the former U.S. administration and many current European countries, has emboldened the Iranian regime to increase its meddling and support for terrorism across the Middle East. This has been under the pretext of guaranteeing its security back home by extending Tehran’s strategic security depth.
This policy includes financial and weaponry support for Yemen’s Houthi militias, and procuring ballistic missiles for this proxy group. These measures have provided the grounds for the Houthis to target Saudi Arabian cities with their Iranian regime-provided weaponry.
Following an increase in popular protestsagainst the mullahs’ regime ruling Iran and Washington announcing a major policy shiftagainst Tehran – made vividly clear in U.S. Secretary of State Mike Pompeo’s 12-article speech – the Trump administration is now seeking a global anti-terrorism alliance to confront Iran’s belligerence, prevent this regime from ever obtaining nuclear weapons and bring an end to human rights violations against the Iranian people.
As a result, aiming to strengthen this alliance and protect their own security, U.S. allies, including Saudi Arabia, are currently pressuring companies to end their cooperation with the Iranian regime and abide by U.S. sanctions. Numerous such firms are falling in line.
﻿Stadler, the renowned Swiss company providing train wagons to its customers, is bringing an end to its $1.3 billion contract with Iran. This comes only weeks after their initiative, as Stadler officials are now saying the U.S. pulling out of the Iran nuclear deal and the return of sanctions leave no positive perspective.
Siemens, Germany’s industrial giant, is also forced to announce a halt to any new deals with Iran. Siemens CEO Joe Kaesser said to CNN how U.S. President Trump’s Iran deal exit decision and imposing sanctions on Tehran left his company no choice but to close the door on any new trade with Iran.
Allianz, the German insurance firm, also declared its officials are seeking to decrease their involvement in Iran, citing possible U.S. sanctions as the reason behind this crucial decision.
DZ, Germany’s second-largest bank, is also pulling out of Iran and suspending its contracts with this regime.
Germany’s Economy Minister has also officially announced Berlin cannot protect the interests of German companies in their relations with Iran, saying U.S. sanctions leave no chances.
In such conditions, the West, and especially the European Union, needs to completely set aside its appeasement policy vis-à-vis Iran. This policy is against the people of Iran and the region, and certainly against any possible global peace.
The West needs to end its short term economic interests/ties with the fragile mullahs’ regime in Iran and begin analyzing the best options for its long-term objectives in the Middle East after the mullahs.
The West needs to begin planning for a period where the greater Middle East will need to be rebuilding and reviving from forty years of destruction and poverty brought about by the mullahs’ rule in Iran.
To do so, the West must begin to align with the Iranian people and their strive for freedom, democracy and human rights. These principles will only be realized through regime change in Iran.