IRAN: WORKER’S VOICE NOT BEING HEARD BY ANYONE 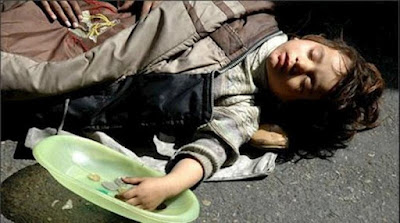 IRAN: WORKER’S VOICE NOT BEING HEARD BY ANYONE

How am I supposed to make my empty food basket even smaller to save for my million-toman drug costs?”
How much pension income does a retired worker in Iran receives to spend 400-500 thousand tomans a month on his medications, so he can only keep walking and avoid paralysis?
These are the concerns of a retired worker who is going to be bound to wheelchair unless he has regular injections.


“Mr. Health Minister, you said that drug prices won’t go up. Now what do you have to say? Why are you telling this much lies to people? For how long are you going to do this?” asks retired worker Morteza Assadi in his interview with state-run ILNA news agency on April 23, 2018.
Sick and tired of regime officials’ empty promises, Assadi says “how am I supposed to pay heavy drug costs? How much pension income does a retired worker receive to pay 400-500 thousand tomans a month for his medications, only to be able to walk and avoid paralysis?”
Due to an acute disease, the retired worker was put out of work three years ago on the eve of turning 40 and now is living on pension income. He’s suffering from AS, a disease which is a degree below MS, as he puts it.
Assadi is upset about regime Health Minister’s earlier comments, promising that drug prices would remain unchanged; promises that Assadi believes have all failed, making it difficult for many low-income people to continue living.
Pointing to currency fluctuations, the spokesman for regime’s Health Ministry had declared on April 16 that “drug prices won’t be affected by the current situation.”

BUT WHAT HAPPENED IN PRACTICE?

“In any economic crisis when the charts show foreign currency and US Dollar appreciation, there’ll be a drug shortage or scarcity, or increased drug prices at best, with special and difficult to cure patients being the most hit as imported drugs for such patients is a matter of life and death, even more crucial than the food they eat”, writes state-run ILNA news agency.
“Morteza Assadi is one of the low-income people who have been hit the most by high prices of imported goods, including drugs.
“A former Qazvin’s Noorplus worker, Assadi now lives in the city while worrying about the day when he’ll no longer be able to pay for his medications and end up wheelchair bound.
“Without the drugs, I won’t be able to walk and will have to stay at home all day. With the progression of the disease, we found out that it was a type of acute pneumonia. The disease progressed so much that put me out of work three years ago at the age of 39,” Assadi describes his story, adding “now, I receive the least pension income of just 950 thousand tomans a month. This year’s pension rises have not been in effect yet, so I still receive the last year’s rate. Drug prices meanwhile have skyrocketed.”
Pointing to official’s promises about keeping drug prices unchanged, Assadi says “we’ve heard many of these empty promises. But anytime they say ‘don’t worry about it’, it means that it’s quite the opposite and we should be really concerned.”
Assadi describes that he has to pay 900 thousand tomans for three injections a month, a fee that used to be 250 thousand until not so long ago.
Having no other source of income except his meager pension, Assadi says “I have children who go to school and university. Besides, the 900 thousand I just mentioned is only the cost of injections. With doctor’s visit, daily drug intakes, and other costs involved, I have to pay at least another 100 thousand for my treatment.”

Aidali Karimi, executive secretary of Qazvin’s Worker House, is closely familiar with Assadi and his problems. Pointing to the difficulties the retired worker is faced with, Karimi says “Assadi is going through too difficult times. Drug prices increased sharply over the past few months, but the insurance rates remained unchanged, making it difficult for workers and low-income pensioners.”
Karimi criticizes regime’s Health Ministry, saying “what happened to the promises the Health Minister made? Weren’t drug prices supposed to remain unchanged? Weren’t people supposed to not worry about it?”
“What does the Health Ministry want form workers? On one hand, they raise drug prices, and on the other hand they discredit health insurance plans by seizing social security’s medical resources. What’s this situation after all? They’re passing it over to one another while the worker’s voice is not being heard by anyone”, Karimi adds.