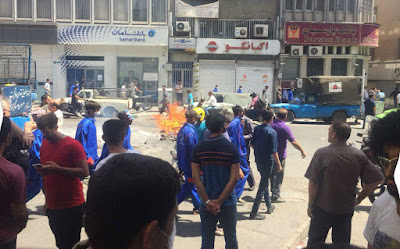 Today (Tuesday, June 26th), for the third straight day, vast parts of the Tehran Bazaar are on strike, and people's protests continue. In Saray-e Melli and Sabzeh Maydan, protesters demonstrated and rallied toward the regime's parliament. The strike quickly spread to various parts of the bazaar on the streets of Nasser Khosrow, Maqsud Shah, goldsmith and watch sellers, Qaysariya, garments and blacksmiths bazaars, Moshir Khalvat passage and bazaar and the Iranian commercial complex.
In the goldsmiths’ bazaar and on the streets of Laleh Zar and Shoosh, the anti-riot guard attacked the protesters which led to clashes. Protesters in Laleh Zar burned trash bins and tires to confront mercenaries.
Bazaar merchants and youths continued to strike for the second day in protest against the plundering and repressive policies of the Iranian regime in many cities such as Arak, Kermanshah and Tabriz. In Isfahan, the protesting people demonstrated at Azadi square chanting: Cannon, tank, firecracker, the mullahs must get lost.
The yesterday's uprising of people and youths in Tehran continued until late last night in different parts of the city. In the Rahbar Square in Tehran Pars, the protesters demonstrated chanting: We do not want mullahs’ regime; Down with Rouhani. In Khak-e Sefid of Tehran Pars, the youths staged a massive demonstration chanting: Let go of Syria, think of us; Iran has turned into another Palestine, why you the people are sitting? In order to neutralize the tear gas thrown by mercenaries, and also in order to block their path, the protesters burned tires. The repressive forces attacked the protesters with pepper gas on Keshavarz Boulevard. The brave youth of Javadia also chanted, “Death to the Dictator” during their night demonstration on Amin Street.
In the Monday evening, the shopkeepers at “Mobl-e Iran” passage at Yaft Abad district in southern Tehran and the people who were present at the passage were attacked by the suppressive forces, and several people suffered eye injuries. The mercenaries closed the passage gate and prevented the people from leaving.
The brave youths of Arak continued their demonstration until late last night chanting anti-government slogans.
In Islamshahr (Tehran Province), the anti-riot guard attempted to disperse the people by attacking them and shooting.
Secretariat of the National Council of Resistance of Iran
June 26, 2018 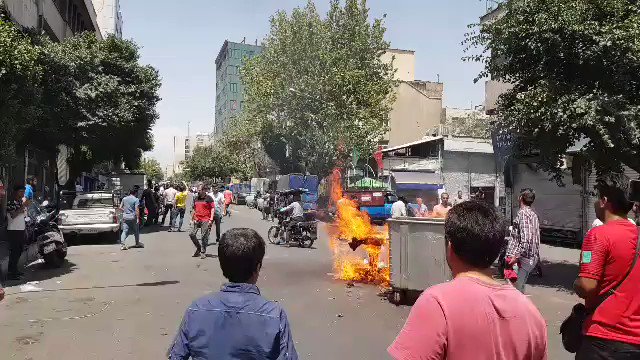 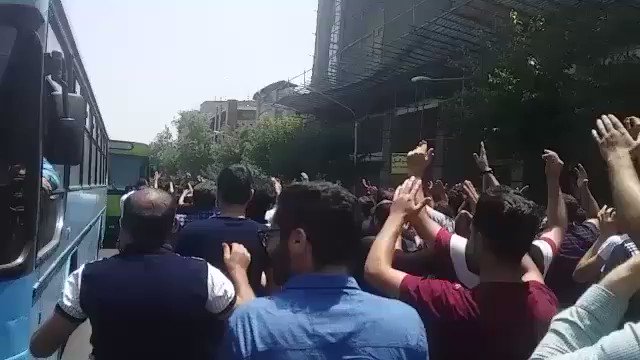 NCRI-FAC ✔@iran_policy
#TEHRAN, #Iran, June 26, 2018. Jomhouri Avenue, Protesters chanting Cowards, shame on you, let go of the country Not Gaza. Not Lebanon. My life for Iran.#IranProtestshttps://www.ncr-iran.org/en/ncri-statements/iran-protests/24966-iran-3rd-day-of-strike-and-uprising-in-tehran-protests-spread-to-various-cities … 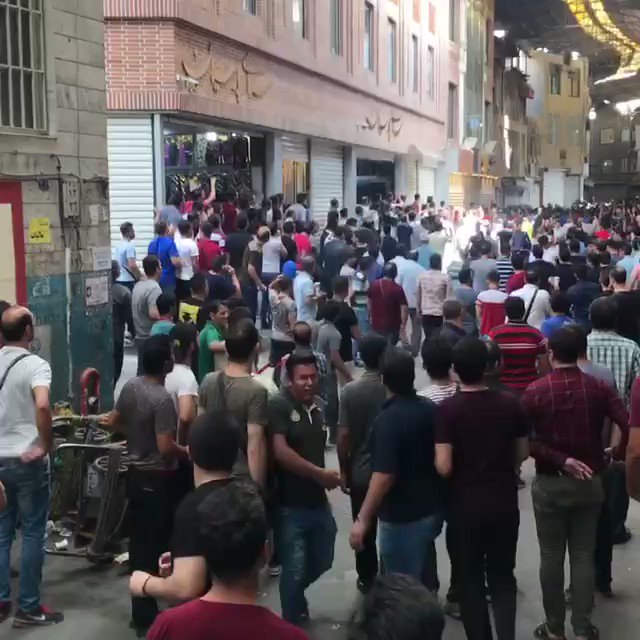 M. Hanif Jazayeri@HanifJazayeri
Replying to @HanifJazayeri
The mullahs' heyday is coming to an end. In Iran's capital today ppl are taking over the streets. In 2009 world leaders failed to back the #IranProtests. Today they can redeem themselves. Show Iranians solidarity at the June 30 #FreeIran2018 convention in Paris. @realDonaldTrump 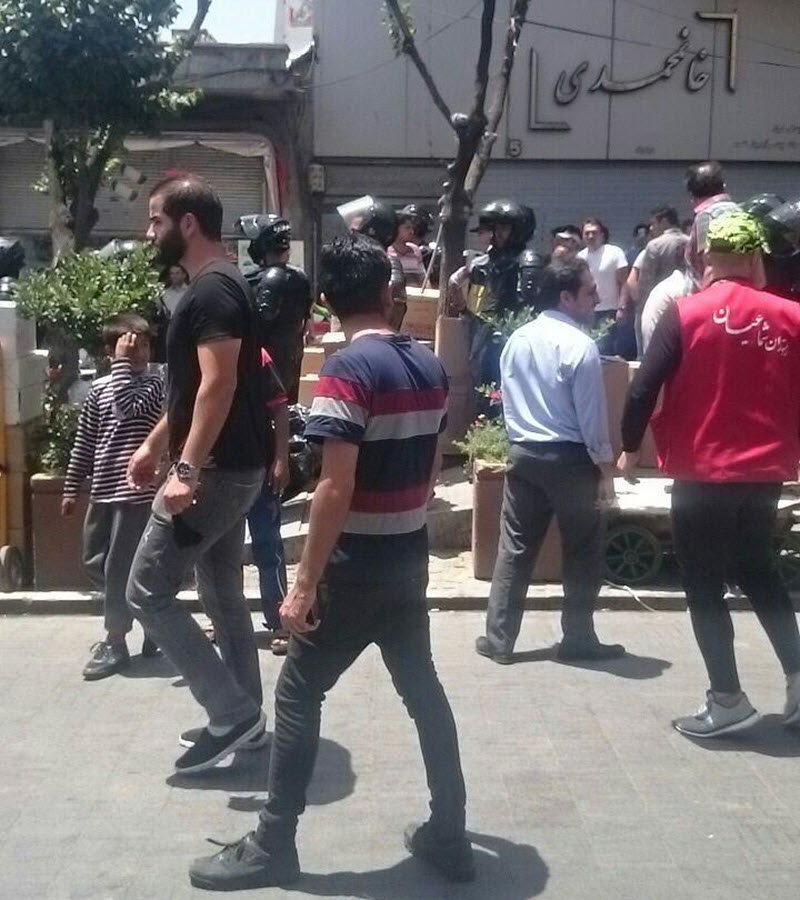 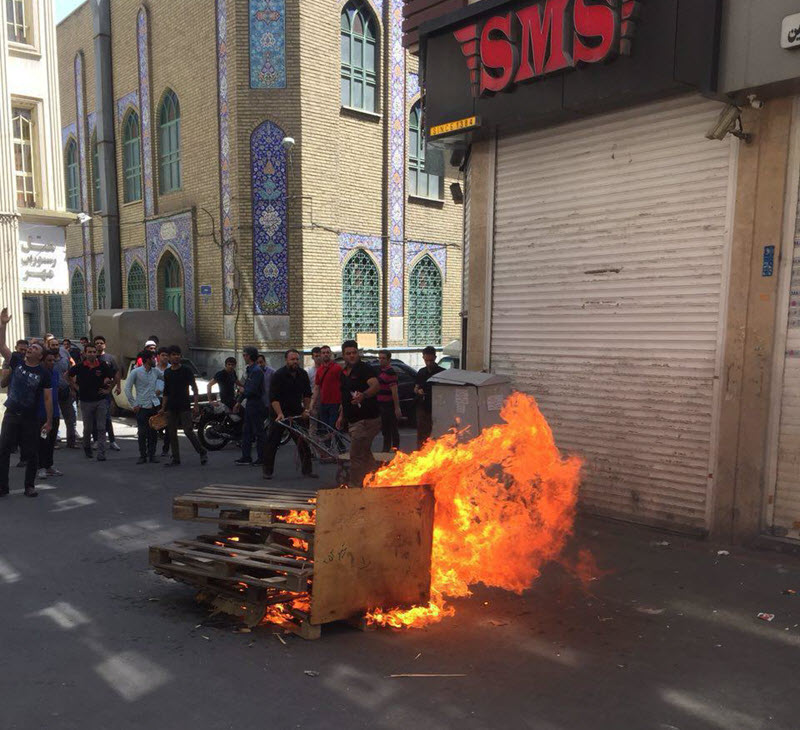 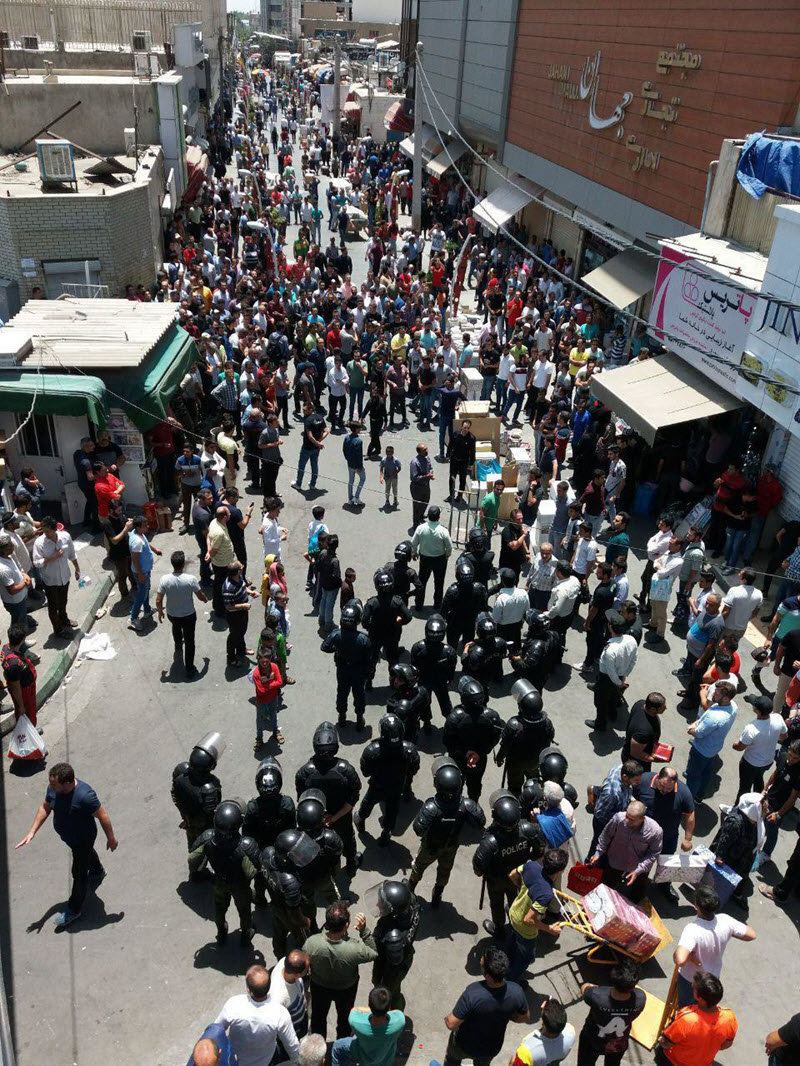