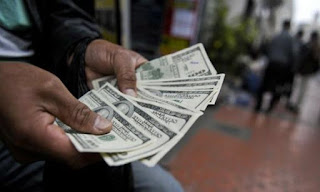 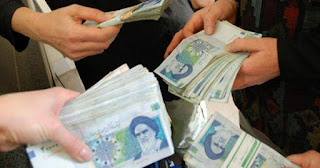 The Iranian economy took another nosedive this weekend, with Iran’s currency, the rial, dramatically decreasing in value against the US dollar, the Euro, and the British pound. By Sunday night, the unofficial exchange rate had reached 90,000 rials per dollar, which is more than double the artificial rate of 42,000 set by the Central Bank of Iran back in April.
Regime officials believe they can stabilize the market by freezing the exchange rate and limiting the reasons for needing to buy hard currencies (like those listed above), but with only 40 days to go until US sanctions are re-imposed and lax policies by the administration of President Hassan Rouhani, it seems like the chaos is here to stay.
How the Regime’s attempts have failed
The Iranian Regime attempted to counteract the fall in the rial by artificially setting an exchange rate, banning any currency trade outside the banking system, shutting down currency exchange offices, and punishing anyone who held more than 10,000 Euros.
This has failed because no one has used the official rate when pricing – as it would bankrupt sellers – so they are using the market rate, even increasing their prices hourly. One of the major problems is the huge gap between Iran’s exchange rate and the global one. Many Iranian oil and petrochemical companies are paid in hard currencies for exports, but they are unwilling to exchange these at the Iranian official rate as essentially it would cut their profits in half.
Iran’s policy actually reduced economic activities while creating numerous opportunities for corruption for the officials in charge.
Pedram Soltani, the vice president of the Iranian regime’s Chamber of Commerce, Industries, Mining and Agriculture, noted a huge increase in import permit requests.
He said: “The current Iranian year might end up with a two-fold increase in the hard currency allocations for imports compared to the previous year.”
But Rouhani’s administration is not tackling that corruption and is effectively an accomplice in the Regime’s looting on the economy. Many Iranian businesses and consumers have given up on expecting any reality-based policy-making. They are preparing themselves for increased inflation and rising prices, while the Regime is still refusing to admit that anything is wrong.
Of course, the reality is that the Iranian Regime will never admit to having made the wrong decisions when it comes to the economy and they are in no position to fix the problems they’ve created. The only way to make the Iranian economy work for the people is to change the regime.
Regime change, which is the main topic at the Free Iran gathering in Paris on Saturday, is the wish of the Iranian people.