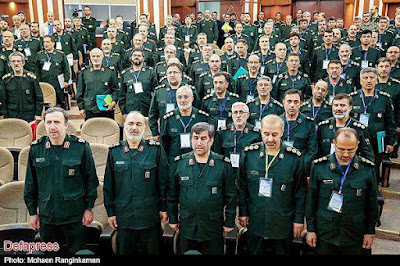 
The terrorist designation of IRGC


Since the 1979 revolution, the Islamic Revolutionary Guards Corps (IRGC) has been at the center of the Iranian regime’s terrorism, human rights violations, ballistic missiles and nuclear program. The IRGC is also an economic powerhouse at the service of Iran’s mullahs. Here’s everything you need to know about the IRGC, from its founding to its terrorist designation by the United States government in 2017.