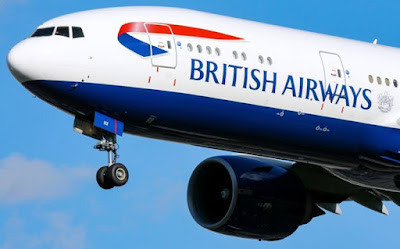 on 18 September 2018.
By Staff Writer
In just three weeks time, British Airways, Air France, and Dutch airline KLM will all be cancelling their flight routes to Tehran, joining several other global airlines, including the UAE's Etihad Airways, Kazakh carrier Air Astana, and Thai Airways, who scrapped their Iran service due to a "poor financial outlook" amid increased tensions between the US and Iran.
On May 8, the US officially pulled out of the 2015 nuclear deal and announced that sanctions on Iran would be reimposed, with Trump stating that any companies doing business with Iran would be “barred” from the US.”
Just four weeks later, KLM announced that its final flight to Tehran would leave Amsterdam on September 22; something that the US is said to have approved of, according to a Dutch source working with the US Embassy.
They said: It's as [if] the noise surrounding who wasn't adhering to the Iranian sanctions grew louder. At least for us in the Netherlands, KLM is an important ambassador for our country."
Then, on August 7, just days after the first round of sanctions went into effect, Trump tweeted: "The Iran sanctions have officially been cast. These are the most biting sanctions ever imposed, and in November they ratchet up to yet another level. Anyone doing business with Iran will NOT be doing business with the United States. I am asking for WORLD PEACE, nothing less!"
This put pressure on British Airways, which was still flying to Iran six times a week at this point with fairly stable passenger numbers, and the airline was eventually forced to suspend services to Iran, along with Air France.
Both airlines insist their move was not political, but the numbers speak for themselves.
Now, the only three European airlines flying to Iran are Lufthansa – who flew even through the last set of sanctions-, Austrian Airlines and Alitalia. But their continued flights arose questions about what penalties they will incur and if those penalties will also hit the airports they fly into or the manufacturers who make their plane parts.
Aviation analyst Alex Macheras wrote: “While other parties to the Iran nuclear deal Britain, France, Germany, China and Russia have vowed to stay in the accord, it seems it's not just their companies that risk huge US penalties if they keep doing business in Iran – but as Trump said ‘anyone’.
Of course, these sanctions should be extended to include anyone doing business with Iran. These sanctions are the only way to harm the Regime and prevent them from doing any further damage to the rest of the world.