Germany companies leading the way in departure of business from Iran 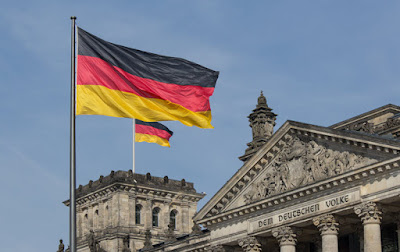 Germany companies leading the way in departure of business from Iran

U.S. President Donald Trump has made it very clear that he is going to make it very difficult for foreign countries to do business with Iran.
Since announcing that the United States was exiting the 2015 Iran nuclear deal, a number of companies have been pulling out of business with Iran for fear of getting caught up in the sanctions that the administration announced would be re-imposed.
The administration warned foreign companies to make the most of the winding-down period to avoid risking secondary sanctions. Many large and medium-sized companies in Germany – hundreds of them - are at risk of getting caught in the crosshairs.
German exports to Iran grew by 27 per cent when the Iran nuclear deal was agreed in 2015. It is estimated that last year German exports to Iran totalled around $4.2 billion.
The European Union, eager to keep the nuclear deal in place and looking to keep business in Iran, and also on Iran’s request to take action, scrambled to update a Blocking Statute that would give EU companies doing business with Iran protection from the U.S. sanctions.
European leaders tried to persuade Trump not to re-impose the sanctions, or at least to grant waivers for the EU-based companies. Trump wouldn’t budge.
Germany said that it would help German companies stay in Iran and last week Foreign Minister Heiko Maas said that the country was working with the United Kingdom and France to develop a payment system that would allow business to continue even after the U.S. sanctions came into effect. However, a number of German companies have already started to wind-down business or at least scale it down. Others have already withdrawn.
German giant Volkswagen has all but pulled out of business with Iran except where it can be done as a “humanitarian exception”. Last summer it announced it was going to return to selling cars in Iran for the first time in 17 years. These plans have now been scrapped.
German Commerzbank has announced that it no longer deals with customers in Iran and major plane manufacturer Airbus has said it is going to analyse the company’s future in Iran against the effects of U.S. sanctions.
Insurance company Allianz has also said that it is looking into all business related to Iran and that it will start developing plans for the wind-down. Dürr, an automotive supplier, stopped transacting with Iran last month
Observers and analysts believe that most European companies are going to leave Iran in the next month or so. The United States’ financial system is one of the most powerful in the world and even if EU companies get protection from the sanctions, most do not want to take the chance.


All these companies leaving Iran will have a major impact on the Iranian economy – the exact consequence that Trump was aiming for. The Iranian regime is under immense pressure from several angles, including domestic pressure in which the people of Iran have expressed their desire for regime change.