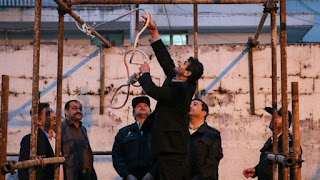 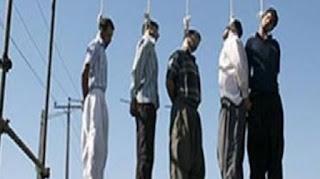 iat of the National Council of Resistance of Iran
On Saturday, September 22, the falling regime of mullahs executed nine prisoners collectively in Adelabad prison in Shiraz. The criminal head of the "Justice" of Fars province had already reiterated that he will deal seriously with those who disturb the order and security of the society.
Thus, the number of executions in the past 20 days amounted to at least 31, most of them young individuals. Nine of them were Kurdish and Balouch political prisoners who were hanged in Gohardasht prison in Karaj, Zahedan and Orumieh for the fabricated charge of "Moharebeh" [waging war against God] and disturbing the security of the regime. In Gohardasht Prison in Karaj, eight other prisoners were executed collectively on September 5. One prisoner was hanged publicly in Marvdasht.
The hated system of the Velayat-e faqih, being engulfed with domestic and international crises, and incapable of confronting the growing popular protests, has resorted to a new wave of executions and oppression in a bid to escalate the atmosphere of terror and intimidation.
The Iranian Resistance calls on all international human rights advocates, in particular the High Commissioner for Human Rights and the Special Rapporteur on the situation of human rights in Iran, and the Working Group on Arbitrary Executions, to condemn these executions and take immediate action to stop these medieval crimes in the twenty-first century.

Secretariat of the National Council of Resistance of Iran
September 22, 2018