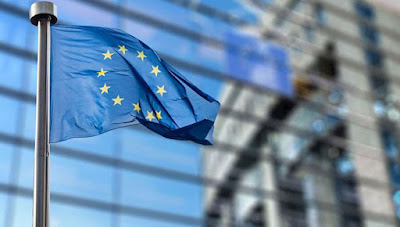 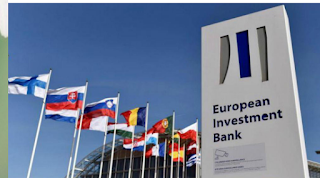 Iran, Oct. 26, 2018 - The Iranian regime faces an increasingly heated internal debate and factionalism over Europe and how to engage it.
Rouhani’s supposedly moderate faction considers Europe the only escape the Iranian regime has. But Europe does not hide that in order to legitimize its engagement with the ruling theocracy in Iran, the union needs to have an office in Tehran from where it can monitor the human rights situation in the country.
Khamenei’s faction meanwhile, knowing that oppression and censorship are the artery of the regime, vehemently opposes the idea of such an office and doesn’t want to pay such dear a price for a package that doesn’t entail anything tangible.
On October 21, after a meeting with foreign minister Javad Zarif, Falahatpishe, chief of the security and foreign affairs commission in the Iranian parliament, said: “In two days the document related to the economic relations between Iran and Europe after the US left JCPOA should be ready and we are waiting to receive this document.”
Falahatpishe also announced that Europe’s financial special purpose vehicle will be finalized before November 4, but was still skeptical about the practical outcome.
“We believe that Europeans have the necessary resolve to maintain the JCPOA and give a positive response to Iran’s engagement politics, but we still need to wait and see how much power they have.”
“Unfortunately, the type of behavior we witnessed in small and large European companies and even banks shows that they don’t have the necessary power for a confrontation,” he added.
Mahmoud Vaezi, Rouhani’s chief of staff, referred to a developing cooperation with the European Union and said: “Especially in the current climate, we have made some arrangements with the EU in regards to JCPOA.” He added that, “the opening of EU’s office can be beneficial for our economic cooperation with the union.”
But opponents of the plan are vocal about their concerns. Mashreq website writes: “Mr. Vaezi! The European Union wants the office for infiltration and sabotage.”
Even proponents of EU’s plan to circumvent the new sanctions have their doubts about how effective and practical the measures can be.
On October 21, Fararu website quotes Beheshtipur, a pundit close to Rouhani’s faction, saying that Europe won’t be the savior of Iran’s economy.
“I think, what Iran and Europe intend to do is sort of a shoestring channel for trading. In fact, Europe is very much tied-hands when it comes to doing much for Iran… We need also consider Europe’s ability, capacity, and situation.”
Iran’s fears and hope and the internal tensions between different factions in the ruling elite about Europe’s package have root in the simple reality that without the US, Europe can’t provide much tangible economic benefits to Iran.
That’s why sources close to Rouhani’s faction call it “shoestring” while Khamenei’s faction is blunter in saying that it is a “damaging” relation.
But there is also a less apparent reason why Europe’s plan is not so attractive with Iran’s ruling mullahs: A European office for monitoring the human rights situation. In fact, for the past 20 years, Iran has not allowed any reporter or monitoring team on human rights issues to enter the country.
For those not very familiar with the power structure in Iran and the ideological hegemony the ruling mullahs exert over the country’s population, the reasoning behind Iran’s outright fear of human rights may not be very obvious.
About opening a European office in Tehran, Abolfazl Zohrevand, Iran’s former ambassador to Italy and Afghanistan, says: “Now by opening an office the EU is sending an ambassador to our country who has no embassy and yet can report about us in terms of human rights issues.”
He adds that, “we have problems with the EU in normal circumstances, especially with regards to the JCPOA. They are following and advancing their policies in Tehran and by opening this office we are actually empowering them to do so… This is a pressure on us and puts us in a position of answering to questions.”
The dilemma the Iranian regime faces can be described as follows: A hope for relief to make up for decades of economic mismanagement to decrease the population’s rising discontent and the risk of popular uprisings on the one hand and the fear of the accompanied opening up that could endanger the very oppressive structure that the mullahs rely on to crack down on popular discontent in the first place.