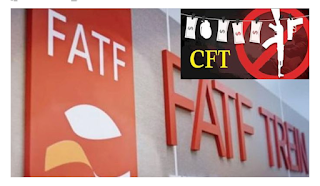 Jan. 27, 2019 - About two weeks ago, eight cabinet ministers of Hassan Rouhani’s government, headed by his foreign minister Javad Zarif himself, wrote a letter to the Iranian regime’s Supreme Leader Ali Khamenei and asked him to personally intervene and order the Expediency Council to pass the so-called Palermo and CFT bills—two remaining of four bills that need to become law in order for Iran to be accepted by the de facto world anti-money-laundering body Financial Action Task Force (FATF).
About two months ago, the FATF extended Iran’s suspension from its blacklist for another three months to give Tehran enough time to show good will and pass the necessary four bills which makes Iran’s financial transactions transparent enough that no organized and large-scale money-laundering or terrorism-financing scheme can be pulled off without international monitoring agencies clearly identifying it for what it is.
But embracing international norms and standards regarding money transactions is a double-edged sword for a regime that is founded on the idea of exporting “revolution”—read death and destruction—and its ruling elite thrive on blatant nepotism and kleptocracy.
Despite escalating tensions between the ruling factions in Iran about the fate of the mentioned bills, and although the Iranian Supreme Leader has the final say in all the matters of importance to the state, until now, Khamenei has refrained from taking sides and expressing opinion.
And rightly so. Regardless of the chosen path, chances are high that there will be a backlash and Khamenei has tried until now to avoid entering a game that he deems to be a lost one.
Both factions in the ruling theocracy have tried to tilt the balance in their favor by showing that Khamenei’s opinions are closer to their positions.
But a letter to Khamenei by eight cabinet ministers has taken the game to a new level and forced Khamenei to leave his favorite place of spiritual leader, void of earthly conflicts, and to react.
According to Iranian media, Khamenei’s response was short: “What are the guarantees that they lift the sanctions and don’t violate their obligations again?”
Now, a few weeks later, Rouhani claims that passing the bills equals to fighting the U.S., and while trying to throw the ball into the opponent’s court he said: “Fortunately, both the government and the parliament have taken very good measures based on the four bills and we hope that the other institutions which have to take measures in the final phases [take action so] that we can pass these bills as soon as possible and disappoint the U.S. and neutralize this U.S. conspiracy regarding financial and banking issues.”
Fearing an escalation between the factions and its perception both inside and outside Iran, Mahmoud Vaezi, Rouhani’s chief of staff, tried to downplay the differences and said: “A connection between the ministers and the Supreme Leader’s office is a normal thing in the government. In a letter that was sent to the Supreme Leader’s office two weeks ago, some ministers raised the issue of the four [FATF] bills. The Supreme Leader responded to the letter… I’m sad about the fact that some try to promote a difference between the cabinet and the office of the Supreme…”
In addition to the dead-end the Iranian regime faces in terms of the double-edged FATF bills, there is also a more important truth in this dilemma that may not seem obvious at first glance: Khamenei doesn’t feel powerful enough in his position to intervene and accept the consequences.
Traditionally, the Supreme Leader in Iran has the power and responsibility to intervene and decide over strategic matters, both internal and external. This pillar, called the Vilayat-e Faqih—Guardianship of the Islamic Jurist—is embedded in the constitution of the Islamic Republic and according to the highest Iranian officials is “the main pillar of the establishment.”
When the Supreme Leader tries to dodge a clear response to a letter directed at him about a controversy that has strategic importance to the future of the Islamic Republic, one can be sure that there isn’t much left of his stature and clout so that he doesn’t feel confident enough to gamble some.
پیش بسوی قیام  سراسری ، ما بر اندازیم#  کانونهای شورشی در شهرهای ایران #
اعتصاب واعتراض و تظاهرات#  سرنگونی رژیم  #  اتحادوهمبستگی
مرگ_بر_دیکتاتور   #IranRegimeChange  مطالب ما را در وبلاک خط سرخ مقاومت