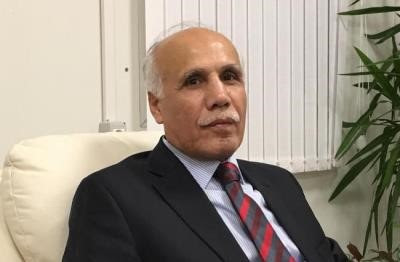 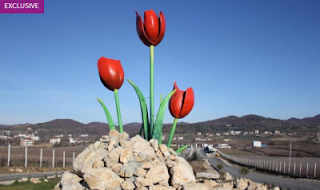 @MediaNetScot Journalist
Exclusive
Mehdi Baraie, a senior member of the PMOI, spent six years inprison under the Shah
IRAN’s economy is suffering after President Donald Trump pulled the US out of an international nuclear deal with Tehran and re-imposed sanctions.

This has hurt the oil industry in particular, but the country’s currency has been fluctuating wildly leaving many unable to make ends meet, triggering sporadic protests involving lorry drivers, farmers, merchants and teachers.
READ MORE: Daughter’s anguish at father’s Camp Ashraf ‘hostage’ claims
Now a senior member of the People’s Mujahedin Organisation of Iran (PMOI or MEK) has predicted that the end is “very close” for the country’s theocracy.
Mehdi Baraie spent six years in prison under the Shah and has been active in the PMOI since 1979, the year of his downfall.
Speaking exclusively to The National from Camp Ashraf 3, in Albania, he said the people’s demonstrations against rising prices, unemployment and inflation, had played a major part in weakening the clerical regime.
He said: “What’s happening now is interesting – 2018 was a very important year because the uprising continued despite the regime trying everything they could to stop it.
“As [Supreme Leader] Ali Khamenei has said, 2019 is vital. Nobody believed the uprising could continue the way it has.
“It started late December 2017, covered all over the country and it showed that people are determined to overthrow the mullahs. Now every day they have demonstrations everywhere. More articles
“It’s obvious that the Iranian regime will not be able to continue and will be overthrown.”
Baraie said the regime’s true nature was now laid bare to the world: “It’s terrorist regime and, as the US said, it’s the main country supporting terrorism and threatening international peace.”
He said government attempts at ending the demonstrations had failed, so it had turned to demonising the opposition.
“They moved to demonising the PMOI trying to give a bad name to the resistance and to convince the community that there is no alternative to the regime.
“In March 2018 they tried in Albania and in June they tried to attack the resistance gathering in Paris. Fortunately both plots were foiled and the European community imposed new sanctions.
“The international community should put the Iran intelligence and [Republican Guard] IRGC on the terrorist list.”
Some English media had spoken of the “mafia” that was running Ashraf 3, but Baraie dismissed the allegations as part of the bid to discredit the opposition by media which had been infiltrated by Iranian intelligence: “Even some of the Albanians with them were also employed by the regime to advance their demonisation campaign.”
“The clerical regime is very worried as expressed by various officials, such as Khamenei, who admit it is weakened.”
He added that he thought a free Iran was very close: “Nobody thought the resistance would be at this point in 2018 and the regime’s situation is now critical.
“They have no answer to these political and social crises. Poverty is prevalent throughout the country, unemployment is very high and there is no way out.”