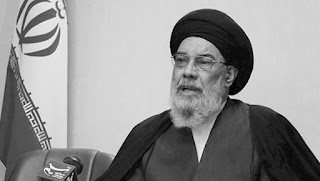 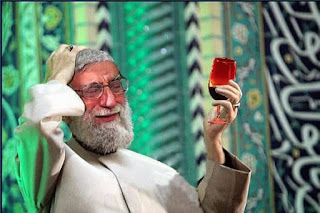 Feb. 24, 2019 - Seyed Yousef Tabatabaie Nejad, representative of Iranian regime Supreme Leader Ali Khamenei in Isfahan and Friday prayer imam of this city of central Iran expressed grave concerns over the increasing activities and measures of Iranian opposition People's Mojahedin Organization of Iran (PMOI/MEK) in line of toppling the mullahs’ regime.
“Media channels and outlets that insult the state are taking steps in line with the objectives of the world arrogance and the monafeqin,” he said, using a term used by Iranian regime officials for the PMOI/MEK. “It is quite possible that the [PMOI/MEK] are behind many of the [social media] channels launched in Isfahan because they are aiming to target the clergy… the enemy has various media outlets inside the country and abroad. They are allocating a considerable budget and have high planning capabilities, aiming to deceive the people with their measures.”
“Separating the enemy from the people is among the enemy’s main objectives,” he added.
Kazem Seddiqi, another high-ranking mullah very close to Khamenei, visited Isfahan on Thursday and raised similar concerns in his remarks.
“The enemy seeks to uproot the state,” he said in reference to the mullahs’ regime.
“We have not shed blood for our stomachs to be full,” Seddiqi said in atrocious remarks while the majority of the Iranian people are living in utter poverty and suffering from extreme cases of malnutrition due to the mullahs’ destructive policies and plundering the people to the utmost extent.
Seddiqi also mentioned how the mullahs’ regime is failing in its confrontation in putting down protests by the country’s youths. This Khamenei representative specifically referred to brave Iranian women standing up to the mullah-fabricated “improper veiling” accusations raised against women and the fear spreading among members of the Revolutionary Guards (IRGC) Basij paramilitary members.
“Why don’t we have the courage to tell people to abide by hijab regulations?” he said in hypocritical remarks while this regime is known for its atrocious human rights violations record.