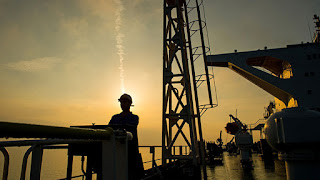 By INU Staff
INU- Sources in Iran and across the West have said that Iran is trying to obtain second-hand oil tankers. The purpose of this is to replace old and delipidated tankers that are becoming less reliable and a liability.
Iran is, of course, trying to keep its procuration efforts under the radar as it struggles to keep crude exports going following the re-imposition of crippling U.S. sanctions.
U.S. President Donald Trump announced last year that crippling sanctions would be re-imposed and the State Department said that it expects all foreign countries to reduce their imports of Iranian oil to zero.
The sanctions have started to have an effect on the Iranian economy and the regime is desperate to find ways around sanctions.

Iran has been in discussions with South Korea to purchase several new super tankers, but the talks have gone nowhere as of yet. South Korean officials have not commented on the situation, but Iranian officials have said that they are working on negotiations that are being affected by U.S. sanctions. It is now looking elsewhere including Vietnam.
Around 70 per cent of Iran’s revenue comes from its exports of oil and keeping its fleet running is essential. However, the age of the fleet and the dilapidated state of the tankers are making the challenge even more difficult.


Replacing vessels is not going to be an easy task because of the U.S. sanctions. When the previous sanctions were in place, a foreign network had been blacklisted because it was assisting Iran in buying tankers. Insurance companies in the West are also hesitant to get involved.
Oil traders do not want to enter Iran. Even those that many believe would be resistant to the U.S. sanctions have shown hesitance. China, an important partner to Iran, is trying to stay on the United States’ good side.
Iranian officials, however, are trying to appear positive and upbeat regarding the sanctions. Some officials have said that there are a great number of countries that are not being put off by U.S. sanctions. Officials have also said that the oil shortage issue can be resolved by using other nations’ tankers.
It is believed that more than 15 Iranian tankers are coming up to 20 years old. The fleet is becoming more of a liability than an asset and several incidents have been recorded. For example, last year, one of Iran’s tankers sank near China after a collision with another vessel.
The United States is in the midst of a maximum pressure campaign which has several purposes. One aim is to cut the Iranian regime off from the funds that it uses to finance terrorist activities and groups across the region. The regime has been plundering the nation’s wealth for years, much to the detriment of the long-suffering people of Iran.
The people welcome the international pressure because they know it will precipitate the regime’s collapse. The people of Iran will be the force behind regime change and they will not ease up on domestic pressure until they have achieved their goal.