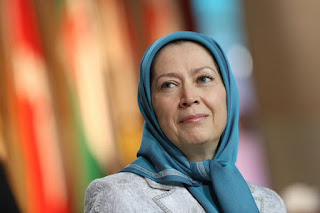 A seminar was held on Tuesday, November 22, 2016, at the Italian Senate, featuring two panels who discussed the situation in Iran. The panels were chaired by the Hon. Giulio Terzi and Senator Lucio Malan.
The panels discussed the dreadful human rights conditions in Iran including the wave of executions and the massive social clampdowns by the ruling regime, as well as, the clerical regime's extensive military interventions in regional countries, particularly in Syria. Some of the Iranian regime's Revolutionary Guards (IRGC) and Quds Force operations in support of terrorism and massacre of innocent citizens were also unveiled by the panel members.
Maryam Rajavi in her message to this seminar said:

The Honorable Terzi,
Distinguished Senators and Representatives,
Dear Friends!
I salute you and I'd like to appreciate your attention to the issue of Iran.
After the P5+1 nuclear agreement with Iran's clerical regime, commercial trade with Iran aroused several essential questions. Some of these questions are:
What are the legal and financial consequences of dealing with Iran as it automatically involves companies which belong to the Revolutionary Guards Corps, and other institutions engaged in money laundering and funding of terrorist groups?
What are the consequences of such commercial trades for the Middle East and European security, as the Iranian mullahs support the operations planned for killing the people of Syria?
And finally, given the political and social conditions in Iran, is trade with the Iranian regime economically strategic?
The truth is that presently, Iran suffers instability from various angles.
The first one is financial instability. Iran's economic crisis did not start with the sanctions to be contained with their lifting. As a result, although a large part of the sanctions have been removed and the oil export has doubled, today economic recession and unemployment are ever deeper. A major part of the country's banking system is bankrupt. The IRGC expenses for domestic security operations and also for the war in Syria, consume the lion share of the country's revenues. Chaotic decision-making, unstable laws and lack of legal security, leaves no systematic guarantee for business and investment in Iran.
Second, the instability caused by the Iranian regime's engagement in the war and carnage in Syria, terrorist operations and war in Iraq, Yemen and other countries, have got the regime stuck in the quagmire of the Middle East conflicts. These wars keep the clerical regime in constant tension and instability.
Third, there is the instability caused by the regime's internal struggle. These conflicts have effectively paralyzed Rouhani's cabinet. More than 80,000 projects have been abandoned halfway. And both factions spend most of their energy to beat the other out.
And fourth is the instability caused by social discontent. The ruling regime is beset by incessant demonstrations and protests by workers, teachers, students and other social strata.
To contain the protests, the mullahs keep hanging the prisoners. The regime's deputy foreign minister recently referred to the human rights talks with the European Union and said, "Execution is our redline and we cannot put it aside."
In such circumstances, doing trade with the mullahs will first, make the people of Iran economically poorer, and leave them politically more suppressed because it ends up supporting the Revolutionary Guards (IRGC).
Secondly, it will escalate the mullahs' belligerence in the Middle East and make the world, and particularly Europe, more insecure under terrorist attacks and exposed to influx of refugees.
And thirdly, it is doomed to fail financially and economically.
The right and provident policy for the international community, and particularly the Western governments, would be to distance themselves from the Iranian regime which is the source of instability and war, and to recognize the Iranian people's Resistance for freedom and democracy.
I thank you very much.
Source: http://www.maryam-rajavi.com/en/remarks/messages/item/maryam-rajavi-s-message-to-the-italy-iran-conference-at-the-italian-senate