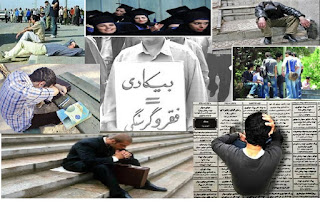 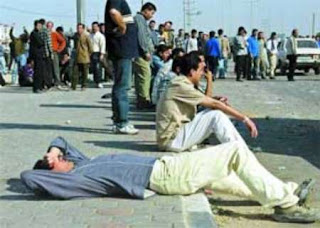 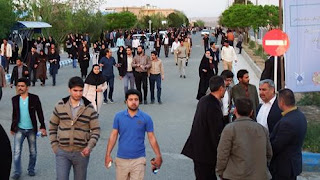 NCRI - The latest report of Iran’s Statistic Center indicates that the unemployment rate in the summer of 2016 has grown 1.8% reaching 12.7%. The unemployment rate was 10.9% in the summer of 2015. The youth unemployment rate has also increased to over 30% in the same period.
According to a report by the state-run Tasnim news agency affiliated to IRGC’s terrorist Quds force on December 26, the statistic center’s report shows that the unemployment rate in the summer of 2016 has increase 2.2% in urban areas and 0.6% in rural areas. The rate has shown an increase of 1.5% among men and 2% among women.
In addition, the statistic center’s report indicate that during the summer the unemployment rate for youth between 15 to 24 years of age has reached 30.2%, and for youth between 15 to 29 reached 26.7% and the unemployment rate for the age group of 20 to 24 reached 31.9%.
For the youth group of 20 to 24 years of age, 26.6% of men and 50.6% of women are unemployed.
However, the real unemployment rate in Iran is far more than statistics announced by Iranian regime’s officials. In this regard, the regime officials provide different and contradictory statistics.
Yahya Ale Es’hagh, an economic expert and Iranian regime’s insider, in an interview with Tasnim news agency on October 30, 2016, said:
“Unemployment of 2 million young people is not true. Currently, there are about 7 to 8 million unemployed in our society.”
Yet, the state-run Resalat newspaper, organ of the Motalefeh fascist band affiliated to hardliners, reports that 12 million people are unemployed in Iran and reveals the regime’s concerns regarding this social problem by writing: “Given the current trends in the country’s economy, there is concern that the 12 million unemployed and 30 million poor become pessimistic about the future which may even in the future lead to protests by the people.”
Posted by Anjoman nejatiran at 11:55 AM