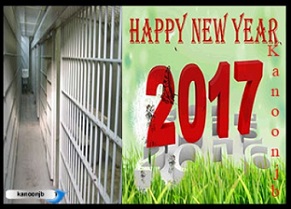 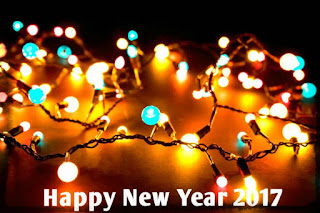 NCRI - On Wednesday December 28th 2016, a group of political prisoners of Gohardasht Prison in a message congratulated the New Year 2017.The political prisoners stated:"today in the days left till the New Year 2017, we, the political prisoners of Gohardasht Prison commended Iranian and Syrian people and especially children and women’ struggle for freedom and said: We honor the hardworking workers, imprisoned teachers and so on. We will begin the new year with great ambition and unity."
On the eve of New Year, the political prisoners said that they will strongly protest against the plunders and repressions of the Mullahs' regime as well as the men behind the scene. They added: “we will challenge the security and police authorities and those who are behind the scene and then we will shout at the top of our voice against their plunders and lootings. We will not forget that there is not enough food for the children of my country and they suffer from poverty and unemployment due to thousands of economic rents, far-fetched salaries of officials and the lootings."
They addressed the Iranian people and said:"in the new year, please come out of curtains which hide you. We believe that this year will be full of revelations against authoritarians, as our brothers and sisters have got their act together to plead for the political prisoners who were executed in 1988 as well as punishing the perpetrators. Similar to the previous year, the security arrests will go on. So will the framings.
Nevertheless, the main principal of nature is that human being evolves and grows to freedom and no oppressor could have and will not ever pale out the glowing stars of freedom. God willing, we will take huge steps in the way of freedom and liberation with the efforts of liberal men and women."
The political prisoners of Gohardasht Prison, Karaj – 28th December 2016
Farid Azmoudeh, Reza Akbari Monfared, Behzad Tarahomi, Khaled Hardani, Rasoul Hardani, Shahin Zoghitabar, Aasoo Rostami, Mahdi Shandiz, Hasan Sadeghi, Jaber Abedini, Abolghasem Fouladvand, Ebrahim Firouzi, Pirouz Mansouri, Ali Moezzi.
Posted by Anjoman nejatiran at 11:20 AM