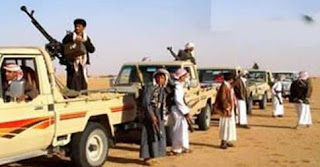 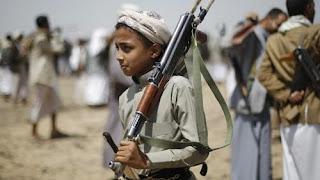 NCRI - Faced with new advancements of Yemen’s national army, the Iranian regime has stepped up sending weapons and munitions for Houthi militias, says Dr. Muhammad Al-Ameri, an advisor to Yemeni president, in an interview with Al-Arabiya TV.
“On the other hand, there are talks of an Iranian regime’s defeat (in Yemen) among the Houthi rebels, and how the regime has brought them into fire but has now turned its back on them in the middle of the way. So the Iranian regime is trying to silence such voices”, adds Al-Ameri.
Also participated in the program was the political writer Dr. Saleh Al-Saeedi. In response to Al-Arabiya’s question “could we add to what’s already been said the fact that the Iranian regime fears any kind of reaction by the United States? Since when we follow up the reports and remarks and analyses, we notice that the United States in Trump presidency is going to cut off Iran’s claws and control its influence in the region”, Al-Saeedi said:
“Like you pointed out, I think that Trump wants to cut the Iranian regime’s claws off. The United States is watching the Iranian regime’s interventions in Syria and Iraq. This is a Sunni region. The country who is capable of standing against the Iranian regime and its influence is Saudi Arabia. That’s why the Iranian regime is doing all it can to engage Saudis in Yemen’s problems so as to prevent them from playing their essential role in Syria and Iraq. The regime believes that its interests requires that Saudis be involved in war in Yemen. Yemen for the Iranian regime is like a fuel, a fire that should keep burning so that the regime’s political objectives are achieved. The Iranian regime doesn’t care if civilians are killed or the country is destroyed.”
Posted by Anjoman nejatiran at 1:20 PM