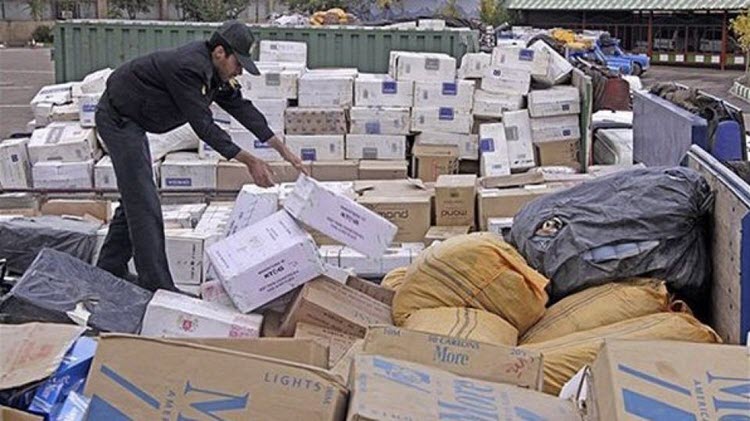 NCRI Staff
NCRI - The Iranian regime called the Iranian New Year (Nowruz) as the year of “protection of Iranian goods” and called on all “authorities and people of the nation” to help and “come to the field in real sense.”
Regardless of the fact that the naming of different years by Ali Khamenei was chaffy and unrealistic, and none of the goals set in the naming of previous years were realized, the regime's leaders and agents acknowledged that government institutions, with the imposition of unbridled imports, were the main cause of the destruction of national production and production of domestic goods.
Ishaq Jahangiri, the first vice-president of Hassan Rouhani, says: “Some state institutions due to their political disagreement are preventing the producers and taking advantage of them. The producers have legitimate expectations of us, one of which is to fight against smuggling.”
“It's really a pity that some government institutions create troubles for manufacturers and put spoke on their wheels,” Jahangiri added, (state-run Asr-e Iran website, March 24, 2018).
Massoud Pezeshkian, the deputy head of the regime’s parliament, while pointing out the uncontrolled and unbridled import of goods and consumption of foreign goods by the government institutions, says: “We cannot use foreign commodities ourselves and tell people buy Iranian goods. Therefore, all officials and people should help and try for realization of the slogan ‘Support Iranian Goods’ and there should be no conflict between words and actions,” (state-run ISNA news agency March 24, 2018).
Hassan Bayadi, former member of Tehran’s City Council, admits: "In our country, different institutions are connected to the gangs of power and wealth and do not allow the structures to be fixed because the interests of these gangs are connected to power and wealth in abnormalities and inequalities. Since our decision-making and implementing the decisions are not integrated, all our issues, especially the ‘national trust’ are dying day by day, and a serious blow to national trust has been made,” (Nameh News Website, April 24, 2018).

The fact is that the production of domestic goods does not increase with advice, words, and..., but determination and practical action are required and there is absolutely no such determination in the mullahs’ corrupt and plunderous regime and the only will and determination that exist there is the will to steal, plunder and destroy the economy.
Therefore, it is clear that the growth of national production and the rise of domestic commodities will never be possible in a regime based on stealing and plundering public property, and today everyone is convinced that national production and the increase of domestic commodities will only be realized when the main barrier, that is the mullahs’ regime, is overthrown and popular rule is established in Iran.