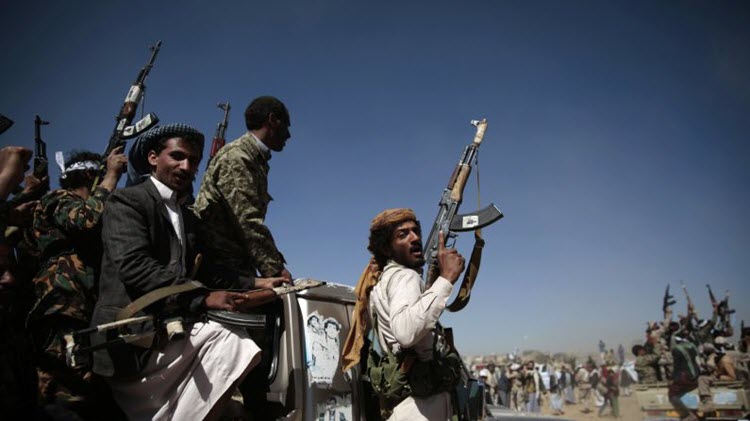 NCRI - Conflict Armament Research, an investigative organisation that looks into the supplies of weapons, ammunition and military material in conflict zones, has compiled a report about the use of bombs in Yemen that have an Iranian regime’s trademark.
The watchdog group that works with governments to investigate how weapons get into war zones and into the possession of insurgent and terrorist groups said that the roadside bombs that are designed to look like rocks and are being used in Yemen are similar to those that were used in Bahrain and Iraq by Hezbollah. The group indicated that Iranian regime has at the very least an influence in the manufacturing process of the bombs.
The United Nations and the West have been accusing Iranian regime of supplying the Houthi rebels in Yemen with arms, including ballistic missiles. The Houthis have held the Yemeni capital for three and a half years and they have targeted the leader of the military coalition that is working against it. A few days ago, missile fire from the Houthis killed one person and injured several others in the capital city of Saudi Arabia.
Iran denies all claims that it is arming the Houthis is Yemen. Mohammad Javad Zarif, the Foreign Minister of Iranian regime, claims that the West is “fabricating evidence” against the country.

The war in Yemen which started as a civil war is now a full-on proxy war among rivals in the region.
Speaking about the roadside bombs, Conflict Armament Research’s head of regional operations Tim Michetti said that Iran can no longer deny its involvement in the supply of arms to Yemen. He said the several of the components of the bombs have been tracked back to Iranian distributors, therefore its “plausible deniability” is no longer very plausible.
One such roadside bomb disguised as a rock was examined in January after it was found around 150 miles from the Yemeni capital, Sanaa. The bomb was encased in fiberglass and filled with explosive material. It was radio armed and triggered by an infra-red beam. Some of the bombs were “explosively formed projectiles” that are able to penetrate armoured vehicles. These types of bombs were used against American troops in the invasion of Iraq in 2003.
The Conflict Armament Research report emphasised that independent experts also took part in the examination of explosive and they concluded that “the bomb maker had a degree of knowledge in constructing devices that resembled, and possibly functioned in a manner similar to (explosively formed projectile bombs) that have been forensically tied to Iran and Hezbollah”.
The 5th Fleet of the United States Navy has also reported in the past that Iran is sending arms across to Yemen. It pointed out that over the course of a month it stopped three vessels that were carrying thousands of anti-tank missiles, machine guns, Kalashnikov assault rifles, sniper rifles and rocket-propelled grenade launchers. Many of the weapons bore hallmarks of being manufactured by Iran.
Despite all this, Iranian regime still denies it has any involvement.