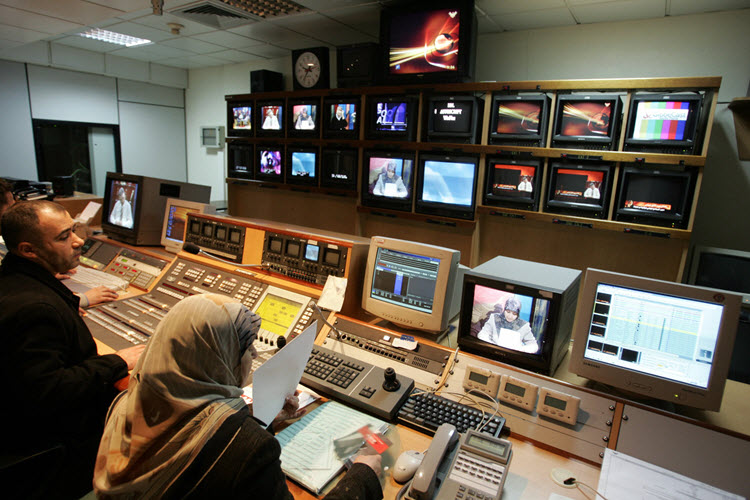 NCRI - Most of the world is focused on Iran’s nuclear deal, ballistic missile programme, or its meddling in the affairs of other nation-states, but one thing that needs more attention is the growth of the Regime’s media empire.
The network of media outlets owned by the mullahs and their suppressive security forces poses a powerful propaganda threat and, as such, requires attention.
It’s one of the Regime’s key tools in the ‘export of revolution’, alongside military operations, the establishment of religious footholds, and even certain charitable measures (i.e. building free clinics in Lebanon). The Regime will try every tactic to take control, even if they have to bribe people into putting up with them.
The US has recognised the threat posed by the Regime’s state TV and radio broadcasting empire and recently threatened to issue sanctions against it. Iran wasn’t backing down though. They announced new networks that would broadcast in French and Russian, as well as some that would air in West Africa.
How many media organisations does Iran own?
There are no exact numbers, because it’s not the sort of thing that Iran advertises, but it’s believed that the Regime has at least 55 stations that broadcast in a variety of languages, as well as over 200 radio stations, hundreds of websites, and hundreds of printed newspapers.
They are also using social media platforms to promote these outlets.
Iran even founded an Islamic TV/Radio Union in 2008 to consolidate all 236 Tehran-influenced regional and international media outlets from 36 countries. This includes ones run by state governments and even armed militias, like Hezbollah and Hamas.
Its members include:
• the Islamic Republic of Iran Broadcasting (IRIB)
• Al-Alam TV
• Press TV
• HispanTV
• Al-Kowthar
• Al-Manar TV
• Al-Mayadeen
• Al-Qadir
• Al-Ettejah
• Al-Ahd TV
• Al-Forat
• Al-Nojaba
• Afaq
• Al-Baladi
• Al-Mesar
• al-Masireh TV
• al-Saha
• al-Yawm
• al-Quds
• Al-Aqsa
Why has Iran developed a media network?
Simply, the answer is propaganda. The Regime wants to promote their rule to as many people as possible, while also slandering their enemies, including the Iranian opposition People’s Mojahedin Organization of Iran (PMOI/MEK).
When a large group of MEK members were transferred to Albania, Iran increased its efforts in media outlets across the Balkans. This is no coincidence.
Human rights activist Heshmat Alavi wrote: “The PMOI/MEK have been a target of Iran’s demonizing campaign for decades and Tehran understands it needs to invest even further in this regard to delegitimize this opposition coalition that significantly threatens its entire establishment.”
This includes:
• Paying to air anti-MEK propaganda on Albanian TV
• Setting up a new website called “Iran-Freedom-Albania”
• Posting Albanian-language anti-MEK segments on the Habilian website, known for its links to Iran’s Ministry of Intelligence
What should the West do?
Alavi advises that the US lead the rest of the world by imposing blanket sanctions on Iranian media entities.
ایران #تهران #قیام_دیماه#اعتصاب #تظاهرات_سراسری #قیام سراسری  #اتحاد #آزادی#ما براندازیم  #آ#ايران