Lies & Spies: A report on Iranian regime’s activities against its main democratic opposition 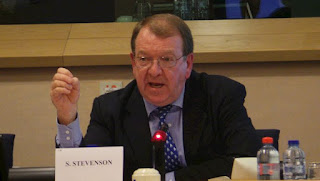 Lies & Spies: A report on Iranian regime’s activities against its main democratic opposition

Dear Friends,
Enclosed please find a 28 pages report on the Iranian regime’s activities against its main democratic opposition.
This is a well-researched paper produced by Mr. Struan Stevenson and his team, showing that the recent uprising in Iran has intensified the anger of the mullahs who are carrying out a massive misinformation campaign to demonize the opposition.

Struan Stevenson was a member of the European Parliament representing Scotland (1999-2014), president of the Parliament's Delegation for Relations with Iraq (2009-14) and chairman of Friends of a Free Iran Intergroup (2004-14). He is an international lecturer on the Middle East and is also president of the European Iraqi Freedom Association (EIFA) and Coordinator of Campaign for Iran Change (CIC).