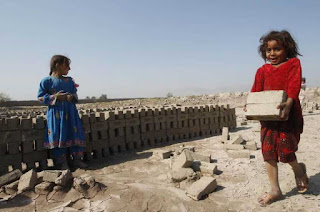 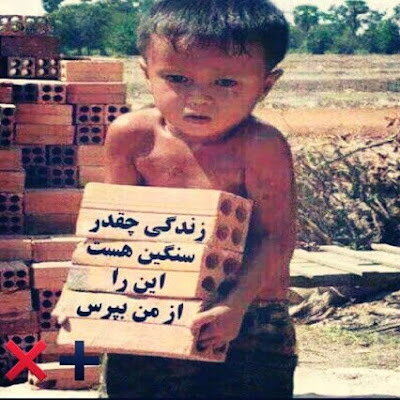 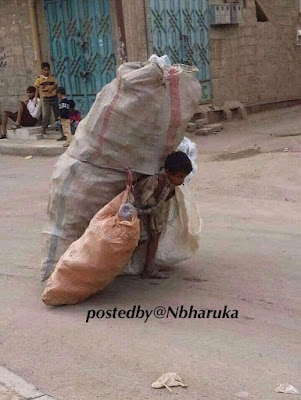 By INU Staff
INU - According to he director of the Iran Welfare Organization’s Office of Social Harm Victims, Reza Jafari, there are approximately nine thousand child laborers in Iran. “Child workers are so numerous that no organization can single-handedly cope with the problem,” Jafari told state-run Iran Labor News Agency (ILNA) on April 25th, adding that the child workers are “deprived of all human rights.”
Official estimates going back a decade in Iran, put the number of homeless children at 60,000. However, many children’s rights organizations believe the number is much higher, perhaps up to 200,000 children or more.
Last October in an interview with state-run Iran Students News Agency (ISNA), the managing director of the Tehran Social Services Organization, Reza Ghadimi, claimed that based on a survey of 400 child laborers, 90 percent of them are “molested.”
His shocking comment raised a furor in the county, causing Ghadimi to say he was not referring to sexual abuse. “By molesting, I did not mean sexual abuse of the working children. I meant child workers are left in the cold, outside in the streets, they are not fed properly, and their faces are painted black to attract pity,” Ghadimi said.
An audio recording of Ghadimi’s initial remark is said to have be obtained by the daily, Shahrvand, who reports that in it, he clearly states that 90 percent of child laborers are “sexually abused.”
Ghadimi’s 90 percent claim is unfounded, say government officials.
Still, Jafari said the problem of homeless children and child labor is so massive that Iran’s Welfare Organization (IWO) needs assistance from other government institutions and NGOs.
Jafari insisted that education should be the top priority in any plan to save these children, “As the child workers are deprived of schooling, their future will be as dim as today.”
Interior Minister Abdolreza Rahmani Fazli also emphasized the necessity of educating child laborers. When he announced new guidelines for “managing of the street children issue,” Fazli promised to “round-up the street children” and send them to schools and other “centers” to be educated and trained.
Tehran’s city council criticized his plan, as did the Irnian people on social media. The chairman of the board of the Iranian Society for Protecting Children’s Rights, Motahareh Nazeri, said the solution of “rounding up street children” has already been tried 30 times without any success. Other opponents say that getting children off the streets is impossible without systemic social and economic change. Activists and lawyers are also opposed to the rule that children found begging or unsupervised on the streets for the third time are removed from their parents’ custody.
The United Nations Office on Drugs and Crime (UNODC) claims that, “In Iran, children living on the streets can often be seen in urban centers such as Tehran, Isfahan, Mashhad, and Shiraz. Many of them are the offspring of Afghan refugees. Others come from Iranian families who have slipped, through unemployment, drug addiction, or illness, into the populous ranks of the urban poor.”
Although Iran is a signatory to the Convention on the Rights of the Child, it has not ratified other international conventions that define the minimum age for child labor. But, according to Iranian law, a child cannot legally work under the age of fifteen.