THE IRAN NUCLEAR DEAL AND ITS REPERCUSSIONS 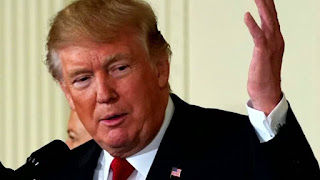 THE IRAN NUCLEAR DEAL AND ITS REPERCUSSIONS

INU - With a May 12th deadline, US President Trump must soon decide whether to rescind the nuclear deal with Iran. His announcement of Ambassador John Bolton as National Security Advisor seems to make it clear that he’s prepared to abandon it.
The Joint Comprehensive Plan of Action’s (JCPOA) has been criticized for its fundamental flaws. Some say that it hasn’t the ability to prevent Iranian access to nuclear weapons. Scrapping the deal, however, would have important consequences for Iran’s domestic and regional policies.
Shahram Ahmadi Nasab Emran, M.D., M.A., Ph.D., doctoral candidate at Albert Gnaegi Center for Health Care Ethics, and participant in international policy forums, including the Policy Studies Organization’s annual Middle East Dialogue conferences, cites five ways, in his article for the Augusta Free Press:
1. As long as the nuclear deal with the P5+1 is in place, it is highly improbable that any party would act militarily to target Iran’s nuclear facilities. In fact, achieving that security assurance was the key motive for Iran’s change of gears on the nuclear issue, and return to the talks in 2011. But counterintuitive to Western optimism, these circumstances did not bolster regional peace or stability. Reassured of the improbability of any military option, Iran was emboldened and went on the offensive, stepping up its destabilizing regional interventions. Therefore, ending the nuclear deal would likely motivate Iran to give up its offensive mode in favor of a defensive posture.
2. Reimplementing sanctions would adversely affect the mullahs financial and economic resources. Iran gained a vast amount of money as a result of the nuclear deal. Contrary to the dealmakers’ assumption, those resources were not used to improve the economic or industrial infrastructure or quality of life for the people of Iran. Instead, the regime used essentially all the money for fueling the regional conflicts in Syria, Yemen, Afghanistan, and elsewhere. Which explains the slogan heard nationwide during recent protests in Iran, “Let Syria alone, take care of the [Iranian] people!” In other words, denying Iran financial and economic incentives and reimplementing the sanctions, especially in conjunction with the lack of security assurances, would dramatically affect the regime’s capability to destabilize the region, without significantly impacting the Iranian people.
3. A defensive regional mode means, most importantly, a fundamentally changed risk/benefit balance of active Iranian involvement in regional conflicts. The Iranian regime will need to recalculate the benefits of fueling the conflicts in Syria and Yemen, for example, in light of the potential risk of inciting a military confrontation with regional powers. Iran, most probably, will surrender its policy of export of crises, while trying to rally its base in Tehran and avoid direct military confrontation. For a regime standing on very shaky ground at home, this represents an existential threat.
4. In a bid to offset the prospect of the US ending the nuclear deal, the mullahs have again trotted out the “hardliner-moderate” theatrics, whereby ending the nuclear deal, reimplementing sanctions, and increasing pressure on Iran helps the “hardliners” get the upper hand. Which is why the cast of characters again includes Ahmadinejad, notorious for his defiant and reckless nuclear policy. Ahmadinejad’s political resurrection is intended to signal a shift to the “hardliner” mode. Nevertheless, given the lack of financial and economic resources, the increasingly obvious popular unrest at home, and lack of security assurances, Iran will undoubtedly need to continue in the “moderate” mode, despite any pretensions to the contrary.
5. Ending the nuclear deal also deprives the regime of the unwarranted legitimacy and prestige offered by the P5+1 during the nuclear talks and afterwards. The international community under the leadership of the Obama administration treated the Iranian regime as a “normal” player with legitimate interests, who should be viewed as a partner in efforts to achieve regional peace and stability. That false picture abandoned dissidents in Iran, and facilitated the regime’s repression of the people by removing concerns about any Western reaction. Denying Iran’s rulers any unwarranted legitimacy changes the regime’s balance of power with the dissident majority and their organized resistance movement. The recent wave of nationwide protests removed all doubt that Iranians want nothing less than a regime change. The uprising also reaffirmed the pivotal role of the Mojahedin-e-Khalq (MEK) in transforming popular dissidence into an organized movement directed at the goals of freedom and democracy.
While the regime in Tehran has done little to warrant international credibility, the Iranian people, and the popular resistance movement, have demonstrated their commitment to legitimate change that deserves recognition by the United States.