Iran Regime Under the Blockade of Sanctions 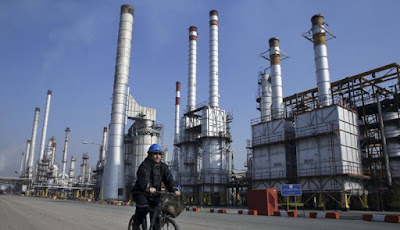 Iran Regime Under the Blockade of Sanctions

By Staff Writer
On May 8th 2018, the president of the United States Donald Trump, announced his withdrawal from its nuclear deal with Iran; on top of the re-imposition of economic sanctions (which were previously lifted as part of the Joint Comprehensive Plan of Action, i.e., JCPOA, back in 2015) Trump has included even more penalties in its sanctions against Tehran.
The remaining parties to the deal however, vowed to maintain their agreements with Iran. Despite Europe’s preservation of the accord, some European and Asian companies are not so confident in their future business with Iran.
According to the official website of ‘Serica Energy’, the ‘British Petroleum (BP)’ company has considered the impact of tnew sanctions on Iran, and has therefore decided to stop its developments of a new well in the Rhum Gas Field of the North Sea.
In an interview which was broadcast on Tuesday May22nd, The Economy Minister of Germany acknowledged the inability of his country, along with the rest of the European nations, in providing a “full support” for Iranian companies against the recent sanctions.
Case in point: In a conversation held last week, the CEO of a German company known as ‘Siemens’, announced its inability to take on pursue businesses with Iran due to its sanctions.
The French oil major, ‘Total’, also expressed its unwillingness to continue working with Iran; especially given the involvement of the United States in 90% of its trades, ‘Total’ does not wish to risk getting excluded from the American currency.


‘Renault’, whose major partner ‘Nissan’ is based in the United States, also announced its inability to take on new businesses with Iran; and given the United States’ recent withdrawal from the nuclear deal, it may in fact change its existing trades as well.
Reuters News reports that Trump’s withdrawal from the nuclear deal and the re-imposition of sanctions, have jeopardized the ‘Chabahar Project’ which was initiated with the aim of rebuilding the economy of Afghanistan.
The Italian steelmaking company known as ‘Danieli’, which had previously signed an 18-million-dollar deal with Iran as part of the JCPOA, also announced the cessation of its operations with Iran.
On Thursday May 17th 2018, Denmark’s biggest transport and logistic company, known as ‘Moller-Maersk’, also announced its decision to stop doing business with Iran due to the mentioned sanctions.
MSC, which is the second biggest shipping company after Moller-Maersk, made the same decision as evident from its announcement on Wednesday May 16th 2018.
The foreign minister of the United States, Mike Pompeo, states that Washington “Will impose the strongest sanctions on Iran, and if Iran’s government does not comply, the pressure of the sanctions will only intensify”.
He added: “We will trace and crush all the Iranian operatives and their Hezbollah allies in Syria and Lebanon”.
He added: “The United States hopes that its efforts towards the safety and peace of the oppressed Iranians, will end up being fruitful...”