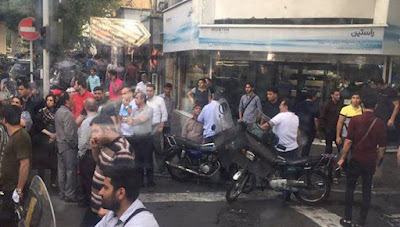 Iran, June 24, 2018 - Following the trend of Iran’s currency, the rial, nosediving against the U.S. dollar for many months now, reports indicate the U.S. dollar was trading today at 90,000 rials on the black market in Tehran.

Store-owners in the capital’s Aladdin bazaar 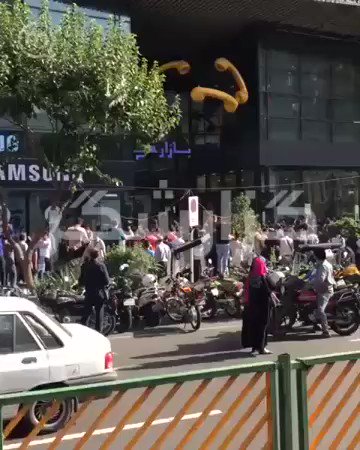 Store-owners in the capital’s Aladdin bazaar began closing their shops one after another and marching towards the Charsu bazaar. 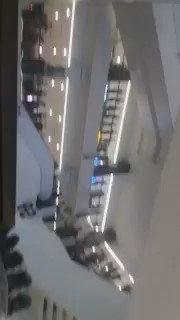 A number of the protesters took to Jomhouri (Republic) Avenue heading towards Baharestan Square, calling on all store-owners in their path to close their shops and join their protests. 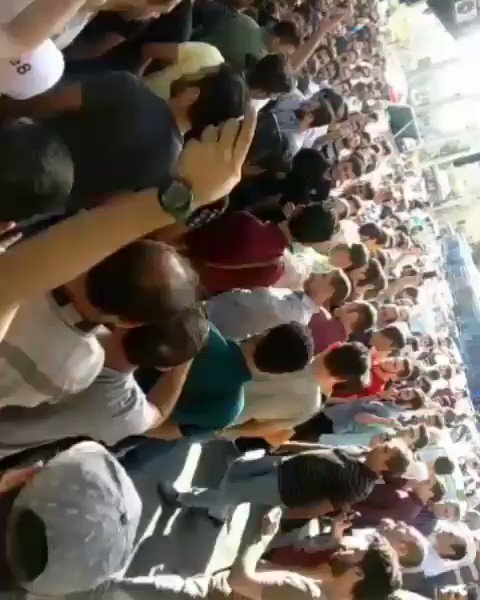 The demonstrators in different parts of Tehran are chanting:
“Strike, Strike”

P.M.O.I@Mojahedineng
5h
Replying to @Mojahedineng
#BREAKING
Tehran, #Iran
Store-owners in the Aladdin holding protests as currency prices plunge.
"This is what we face everyday"
"We don't want US dollar at 100,000 rials"#IranProtests pic.twitter.com/QgjElOe1yJ 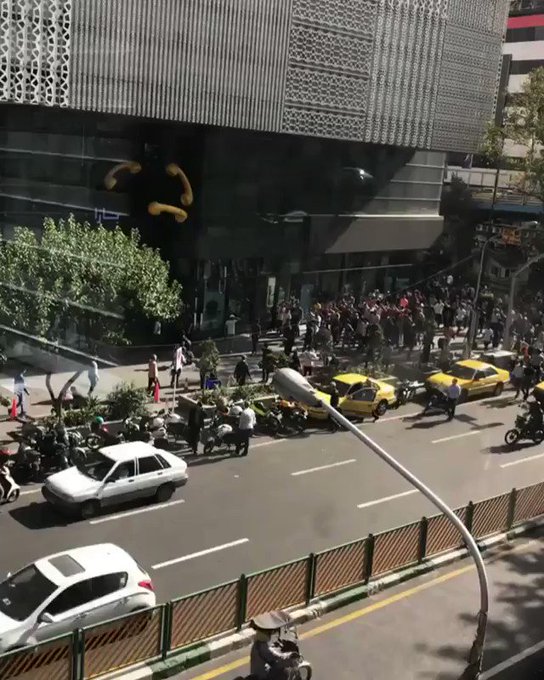 Central Bank chief Valiollah Seif has reportedly said he doesn’t know what measures to take regarding the country’s currency crisis.

P.M.O.I@Mojahedineng
#BREAKING
Tehran, #Iran
Store-owners in the Aladdin holding protests as currency prices plunge.
"This is what we face everyday"
"We don't want US dollar at 100,000 rials"#IranProtests pic.twitter.com/QgjElOe1yJ 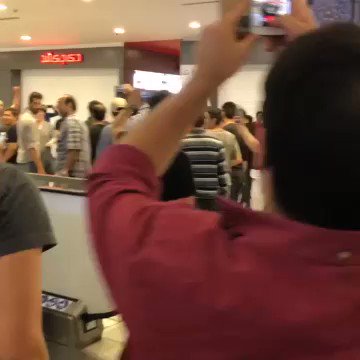 Back in April, half of the Iranian regime’s lawmakers have written to President Hassan Rouhani demanding the removal of the central bank chief, accusing him of mismanaging the banking industry and currency markets as the rial weakened to a record low.

A number of the protesters took to Jomhouri (Republic) Avenue

While currency rates and the price of gold are increasing at a very fast rate in Iran, resulting from the regime’s economic turmoil after the U.S. pulled out of the Iran nuclear deal, the state-run Tasnim agency (linked to the Revolutionary Guards’ Quds Force) cited an economy expert saying, “With this currency policy the government is only helping corrupt businessmen and smugglers, while the Vice President had pledged to prevent further smuggling.”

Hoshiyar Rostami, known as a so-called reformist economy expert, said in this piece, “(Rouhani’s) government is not managing the currency market. Instead, they have created an unofficial market involved in currency smuggling. There also are hidden deals amongst the exchangers. It may appear that the exchangers have closed down and there are no official deals made. However, the customers can do their deals in parked cars outside of the exchange stores at higher prices and the exchange store representative receives the deal price through a P.O.S. device and delivers the currency. All this comes after [Vice President] Eshaq Jahangiri had pledged the government will prevent the currency smuggling rings.”

“There is no control over the currency market. The people, seeing the country’s economic situation, are seeking to safeguard their assets. That is why they are rushing to the currency market, resulting in increasing demand,” Rostami added, explaining how the status quo is due to the government’s policies, or lack thereof.

Iran’s economy and the currency market has been deeply impacted from recent political development. Issues such as Iran possibly exiting the nuclear deal – officially known as the Joint Comprehensive Plan of Action (JCPOA) – and the Financial Action Task Force (FATF) agreement bear the potential of creating two poles in this country, consisting of those for and against in these pacts and resulting in a major rift.
The liquidity Iran’s economy is experiencing would literally destroy any other country. Furthermore, if people begin pulling their assets out of the regime’s banks, the economy will literally collapse.
The Iranian regime needs unity at the time being and taking unified decisions, especially after the U.S.’ JCPOA exit. Rest assured this is nothing the Iranian regime will ever achieve.