What do Iranian dissidents seek? 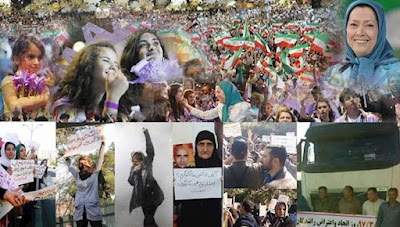 What do Iranian dissidents seek?

June 23, 2018 - We’re just a week away from the annual Iranian opposition convention in Paris. In this rally, a large segment of the Iranian people, either living in exile or those who have amazingly been able to escape the Iranian regime’s siege and reach countries abroad, will be gathering to inform the world once again about the very tumultuous situation in Iran.

Why the Iranian dissidents’ rally?

Following the U.S. elections and Donald Trump becoming President after tracing his line in the sand from day one of his campaign, the Iranian people poured into the streets in December 2017 and launched a wave of nationwide protests.
The city of Mashhad in northeast Iran witnessed locals begin massive demonstrations, protesting difficult living conditions. The fire of these rallies quickly spread to over 140 cities across the country.
The slogans heard, first focusing on skyrocketing prices and unprecedented poverty, quickly evolved into protesting the Iranian regime’s meddling in regional countries, the security atmosphere imposed throughout the society, corruption, cruelty, lack of social freedoms, and the rights of minorities and women.
Protesters were seen describing the Iranian regime leader as a “dictator” and “murderer,” demanding Ali Khamenei step down from power. U.S. President Donald Trump immediately sent a series of tweets supporting the demonstrators and expressing his support. This backing by Trump and his administration continues to this day.
U.S. Secretary of State Mike Pompeo has also sent a series of tweets describing the Iranian regime as “criminal,” adding 5,000 people were arrested in the country’s popular protests.
“5,000 Iranians arrested in January’s protests. 30 women jailed for protesting the hijab. Hundreds of Sufi dervishes, dozens of environmentalists, 400 Ahwazis, 30 Isfahan farmers – all imprisoned by#Iran’s criminal regime. Iranian people deserve respect for their human rights,” Pompeo wrote in one tweet. 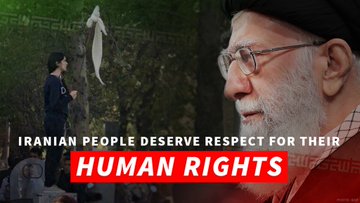 What is the Iranian opposition seeking?

Iran’s religious dictatorship lacks the tolerance of any voice of dissent. In Iran, all such dissent will be responded with bullets, imprisonment, torture, persecution, and arrest.
The Iranian people, of which more than 80 percent live in poverty, do not wish to see their national treasures wasted on a nuclear program, ballistic missiles or exporting terrorism to Syria, Iraq, Yemen, and Lebanon.
Iran’s neighboring countries are reaching their limits in regards to Tehran’s meddling, saying enough is enough with the mullahs’ intervention in the wars of Syria and Yemen.
It is quite natural that the world must hear these voices.
With this objective in mind, the Iranian opposition National Council of Resistance of Iran (NCRI), along with various sectors of Iran’s society will be reiterating their demands in the upcoming Paris convention to garner further support for their ultimate victory of establishing and a free and democratic Iran, and providing the Iranian people the opportunity to realize their dreams.


Visit this website for more information on the upcoming Iranian opposition convention.