EU choosing Iran over the US is illogical, to say the least 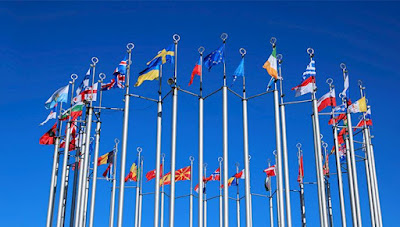 EU choosing Iran over the US is illogical, to say the least

June 22, 2018 - Following the U.S. President Donald Trump’s decision to exit from the highly flawed Iran nuclear deal, formally known as the Joint Comprehensive Plan of Action (JCPOA), the European Union is striving to somehow safeguard the pact. EU’s main objective appears to be further normalizing trade and economic relations with Tehran.
This is already sending influential signs to other global parties, indicating the EU has chosen to side with the Iranian regime and not the U.S., and as a result not the Iranian people. While the Trump administration is reinstalling sanctions against the mullahs’ regime and warns further and more effective measures are in the making, Brussels continues to only take its short-term economic benefits into consideration.
U.S. Secretary of State Mike Pompeo – making significant noise recently with four tweets focusing on the Iranian regime in a mere 36 hours – specifically made it clear that Tehran would come under the “the strongest sanctions in history” if the mullahs refuse to alter their Middle East behavior that is wreaking havoc across the region.
The attempts made by the EU are unprecedented, as the bloc is seen appeasing the mullahs’ demands by succumbing to their economic and political demands. Iranian regime Supreme Leader Ali Khamenei is clearly listing new conditions for Tehran to remain loyal to the deal. Needless to say the regime’s Deputy Foreign Minister Abbas Araqchi has recently described the JCPOA as being in ICU and hinting the regime will likely be exiting the deal within weeks.
Khamenei has gone as far as demanding Europe to guarantee “Iran’s oil sales will not suffer, Tehran would resume enrichment activities that are currently prohibited.”
Certain is the fact that the EU will be considering the benefits of siding with Iran, while going against Washington’s wishes and being left to face the consequences. It goes without saying that the Green Continent’s relations with the U.S. is of strategic importance.
This political miscalculation by the EU will most definitely render significant setbacks for the bloc as the Trump administration remains steadfast on its firm policy vis-à-vis Iran’s rogue regime.
Unfortunately, what EU leaders are failing to understand is the fact that such a policy of siding with Tehran plays into the hands of Iran’s mullahs, causing a rift between the EU and the U.S.
Instead, the EU should be holding Iran’s mullahs responsible for their human rights violations at home and regional ambitions that has left millions in numerous countries suffering in misery.
Knowing the EU considers its partnership with the U.S. very dire, and the dismal $25 billion annual trade relation with Iran’s regime is nothing in comparison to the $600 billion exports to the US., the outcome is quite palpable.
Obvious is the fact that the EU’s interest lies in siding with the U.S., geopolitically, strategically, militarily and economically speaking.