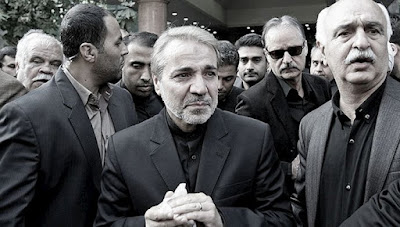 Iran, July 25, 2018 - Mohammad Bagher Nobakht, government spokesman for Iranian regime President Hassan Rouhani and head of the Plan & Budget Organization, has resigned from all his posts, according to the Fars news agency.
Rumors regarding changes in Rouhani’s cabinet were mentioned in the Iranian regime’s state-run media outlets. Regime analysts consider these developments in line with the ongoing economic crisis and the United States pulling out of the Iran nuclear deal, formally known as the Joint Comprehensive Plan of Action (JCPOA).
Considering Nobakht’s other positions, the plunge of the Iranian currency and a crumbling economy may also be further reasons of his resigning. Keep in mind that his resignation could very well be aimed at saving humiliation for the regime in comparison to Rouhani or even Iranian regime Supreme Leader Ali Khamenei themselves getting involved to sack their senior officials.
On June 18th, Massoud Nili, known as Nobakht’s most senior advisor, mentioned in vague manner how Nobakht’s apparatus was unable to resolve the economic and currency crises.
“You can’t expect a miracle from the country’s economy,” Nili said.
On April 29th Rouhani himself referred to the lack of any solutions in the face of the economic crisis.
“I divide the government’s ministers into two classifications… the first group have been hopeless since the beginning of this year, moaning the budget is too low, oil prices have fallen… they’re always completely hopeless.”