Iran: People Who Are Held Captive in Their Own Country! 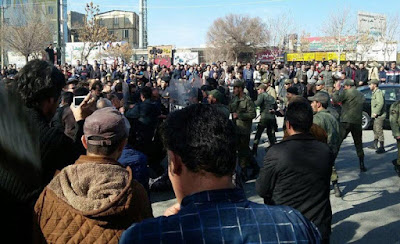 Iran: People Who Are Held Captive in Their Own Country!

By Abdolrahman Mahabadi, political analyst and writer
A look at life in Iran, under the governance of Mullahs
According to some of Iran’s news platforms, more than 50 million Iranians are now living under the poverty line and in complete hunger; the average monthly income of most Iranian workers is as little as 2 million Toman (which is under the standard poverty line, of 5 million Toman).
The rates of Rial and Dollar are rapidly moving in opposite directions. Which has created even bigger social gaps now.
Many Iranians have reported of their stolen investments and assets (by mafia networks that originate from the regime) and have even participated in many protests to voice their complaint, but have sadly gotten nowhere.
Price inflation and unemployment are raging. The country’s economy is an absolute mess, with many relevant problems such as Kolbari (i.e., a Persian term for ‘human carriers’ in Iran), addiction, prostitution, putting body members (of even young children) up for sales, and so on.
People of Iran are not safe. Every family is being strictly monitored by the government. There are no exceptions. With such mental and physical tortures that many go through in this country, Iran is often considered a “big prison”, not just in the eyes of Iranians, but also the world.
For even the slightest disagreements with the regime, many political prisoners are being executed every day, under the title of “regular (i.e., non-political) prisoners”
According to various human-rights organisations, Iran holds a world record in terms of executing (by hanging) its own nationals; also, in terms of arresting and imprisoning its news reporters and journalists.
When one observes the lives of Iranian families, a tension can immediately be sensed. What is the reason behind this tension, you ask?
It is because people have finally had enough with the regime! They are angry at the fact that their country remains as one of the richest in the world, yet they’re continuing to live very miserable lives! All because of a dictatorship that’s wasting their national wealth on fundamentalism, terrorism, weapons, imperialist conquests, and elimination of every single opponent.
A big portion of Iran’s economy is in the hands of its Revolutionary Guards, who provide ongoing financial support for dozens and hundreds of terrorist organisations in other countries, in an attempt to stabilise the regime further.
Basically, the regime is relying on those terrorist groups overseas, more than everyone else (even more than on its own supporters in Iran).
The world can now see that the regime of mullahs simply lacks social support and public legitimacy. In other words, if a free election were to be hypothetically held now, more than 95% of Iranians would say “no” to this regime; and getting rejected by these many people, is what the regime fears and considers a very “serious” threat.
After almost 4 decades of suffering, people have become fully aware (as evident in their ongoing protests) and have decided that the root of all their problems lies in the regime itself. They have seen the injustice in that whilst they feel painful hunger with every fibre of their being, the families and relatives of many regime officials are living luxury lives overseas. They have realised that in their fight for subverting the regime, they have the full support of the Resistance and its various “rebellious centres” amongst themselves – who are there to help organise and lead protestors towards their ultimate goal (i.e., the regime’s subversion).
On some occasions, the protests have understandably been labelled “the revolution of hungry people” (to empathise with suffering people of Iran) and the protestors have also been referred to as “the subverters of a religious regime” (to emphasise the approaching end to this religious regime).