Iran Regime Will Be Unable to Bypass Oil Sanctions 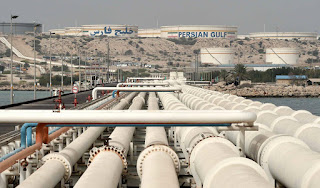 Iran Regime Will Be Unable to Bypass Oil Sanctions

on 23 November 2018.
By Mohammad Sadat Khansari
Earlier this year, the Trump administration announced that it expects all foreign countries to reduce their imports of Iranian oil to zero. Not all countries have managed to do this and several waivers have been granted. Nevertheless, the majority of countries have complied and the impact of the sanctions is already showing to be effective.
The Iranian Regime’s officials have tried to make out that the U.S. sanctions will not have much of an effect on Iran and the country’s president – Hassan Rouhani – recently declared that Iran will have no shame in bypassing sanctions by completely ignoring them.
Iran has now decided to sell oil via the Iran Energy Exchange (IRENEX). The platform was set up in 2012 as a regulated way for the country to trade energy products. For the past few years it has mainly been used to trade electricity, gas liquids, petroleum and petrochemical products – but not crude oil.
That is, until the end of last month when it used IRENEX to sell 280,000 barrels of light crude oil. A further 700,000 barrels were sold on 11th November. It is expected that more sales will happen in the coming weeks when private buyers require more crude.
Iran’s reasoning behind such action is because it is will be harder for the United States to track sales – especially when they are sold in small batches.
However, experts believe that Iran will be unable to trade oil on an international basis because of its lack of expertise. Therefore, the Iranian regime is going to be unable to guarantee that the U.S. sanctions on its oil trade will be ineffective.
The economic situation in Iran is gradually worsening and analysts predict that it will weaken at an even higher rate next year. The pressure put on Iran by the United States seems to be generally working.
U.S. President Donald Trump and numerous officials in his administration have identified Iran as the number one threat to peace and security and they have said that the aim of the sanctions is to deprive the regime of the funds that it uses to spread chaos across the Middle East. The sanctions are also in place to ensure that Iran cannot finance the terrorist proxy and militia groups that it has been supporting for many years.
The people of Iran have faced many struggles, especially in the past few years, and their situation shows no sign of improvement. However, the people know that sanctions are necessary, and they welcome them, in order to bring great change to the country.
The ultimate goal of the people is to see regime change. They are aware that their situation will stagnate and deteriorate for as long as the clerical regime is leading the country and they have been taking to the streets since the end of last year to call for regime change. The pressure put on the regime by the international community, especially the United States, and the domestic pressure exerted by the people of Iran, will certainly be the regime’s downfall.