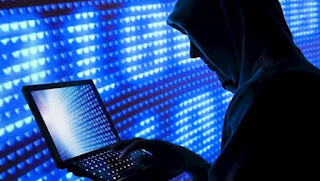 Bahrain, Nov. 25, 2018 - The Bahrain Interior Ministry issued a statement on the Iranian regime’s meddling in his country’s elections. This recent announcement derives from an investigation of fake news reports sent to Bahraini citizens and many sources of these messages are being identified.
Individuals stationed in Bahrain and Iran who have hacked servers to carry out their illegal measures are carrying out this crime.
This investigation also sheds light on the fact that the Iranian regime is the source of 40,000 email messages aiming to disrupt Bahrain’s parliamentary and municipality elections.
Facebook has recently deleted accounts originating in Iran that attracted more than 1 million U.S. and British followers. Facebook removed 82 pages, groups and accounts on Facebook and Instagram that represented themselves as being American or British citizens, then posted on “politically charged” topics, Facebook’s head of cybersecurity policy, Nathaniel Gleicher, said in a blog post.
Twitter published a trove of some 10 million tweets, saying they are potentially the product of state-backed operations by Russia and Iran. 770 Twitter accounts have been traced back to Iran.
“The Iranian operation was clumsy. It tried to use social media to draw people towards pro-regime messaging sites,” said Ben Nimmo, a senior fellow at the Atlantic Council’s Digital Forensic Research Lab, to Reuters.
More than 10 million tweets and 2 million images and videos were shared by the exposed accounts, according to Twitter, before being taken down.
In August, Facebook, Twitter, and Alphabet collectively removed hundreds of accounts tied to an Iranian regime propaganda operation, reports indicate.
Twitter, calling the effort “coordinated manipulation,” said it removed 284 accounts.
Facebook said it removed 254 pages and 392 accounts across its leading platform as well as its Instagram service.

Read more:
The Iranian Resistance welcomes the decision by Facebook, Twitter, Instagram and Google to shut down numerous social media accounts and pages run by the religious fascism ruling Iran, and it emphasizes the need to comprehensively confront the regime's Internet terrorism. It calls on social networks and other Internet organizations like Wikipedia to completely clean up their networks from the agents of the mullahs’ regime who used the previous policy of appeasement to infiltrate these networks and misuse their services. Such action is needed to guarantee the free flow of information and the fight against state terrorism, the epicenter of which is the religious fascism ruling Iran.
The regime’s massive cyberwar apparatus is run by the Revolutionary Guards and the Ministry of Intelligence (MOIS) which spend huge amounts of money from the assets of the deprived people of Iran and employ thousands of IRGC members, Basijis and hackers affiliated to them. Their goal is to mislead, spread misinformation, demonize the Iranian Resistance, and prevent the free flow of information. The regime seeks on the one hand to fuel the appeasement policy and prevent a decisive policy against the regime, and on the other hand to pave the way for terrorism against the PMOI and the Iranian Resistance.
The agents of the MOIS and the Quds Force abroad are a major part of this cyberwar apparatus for spreading lies and deception, and they pursue the regime’s objectives under various covers and titles, and sometimes under the guise of opponents of the regime, misusing internet and social networks and launching hundreds of websites in various languages.
The mullahs’ cyberwar machine has been organized in sets that are unrelated to each other and under different covers so that the regime’s fingerprints are less visible.
The costs of running this network and its payments are made through complex ways and through non-Iranian intermediaries, or at least outside of Iran to circumvent international sanctions and restrictions. Recent research by international cybersecurity firms has shown that the source of all these covert accounts is Iran under the rule of the clerical regime.
In many cases, non-Iranian mercenaries of the Ministry of Intelligence and Quds Force, with a completely Western culture, misuse political or electoral rivalry in these countries to carry out the dictated instructions of Tehran.
In previous years, the Ministry of Intelligence and the IRGC have benefited from the appeasement policy especially in the United States which allowed them to exploit online institutions in a widespread manner through their agents and mercenaries in parallel with the expansion of their terrorist and espionage networks in Western countries.
The Iranian Resistance urges all Iranians inside the country and abroad to expose, as a patriotic duty, the mullahs’ internet networks and their agents who abuse the internet and social networks. Cleansing Google, Facebook, Twitter, Instagram, Wikipedia and the cyberspace from the regime's infiltration is the demand of all Iranians and is supported by them.