What Happened to the EU’s SPV for Iran Regime? 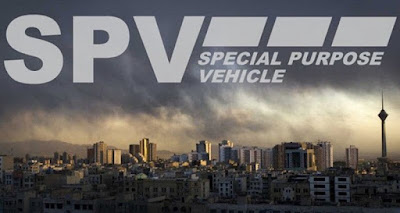 What Happened to the EU’s SPV for Iran Regime?

21 November 2018.
By Staff Writer
In order to subvert US sanctions on the Iranian Regime, the EU proposed a “special purpose vehicle” that would allow countries and companies to run their business with Iran through Europe (and in Euros), but the proposal was DOA and nothing has really happened there. This is in the best interests of everyone except the mullahs.
This has led to infighting in the Iranian Regime, with some seeing that the EU cannot help them and some still refusing to admit it. It’s important to note that this doesn’t reflect a liberal v. conservative mindset, but is rather the reaction of many people fighting for ultimate power in the regime.
Karimi Qoddusi, a member of the security commission in the Iranian regime’s parliament, attacked President Hassan Rouhani’s faction on November 14, saying that the EU has left Iran with “nothing”, while foreign minister Javad Zarif, who is in the Rouhani faction, accused the European Union of not being willing to pay a political price for keeping the nuclear deal alive. Back in August, Rouhani acknowledged that the EU merely appeared to be using rhetoric and asked for a practical plan, which he did not get.
So, where does the European mechanism stand right now?
Well, on November 15, Brian Hook, the US State Department’s Special Representative for Iran, said that a special European Union initiative to protect trade with Iran would put European banks and firms at risk of newly reimposed US sanctions.
Also, no European country is willing to host the SPV’s head office, with many publically or privately declining.
Which brings up the questions, is Europe serious about helping Iran evade sanctions? Well, yes and no. The EU officials promoting appeasement with the Regime and acting out of self-interest want to help Iran in order to save trade deals and make massive profits. However, the EU’s hierarchy of interests places Iran near the very bottom as even based on economic interests, its relationship with Iran is dwarfed by its relationship with the US.
Of course, another reason for the EU to abandon its SPV in the popular uprising in Iran, , where regime change was the number one demand. This is a good thing, according to the Iranian Resistance, as it makes it harder for Europe to support the Regime and ultimately killed off the notion of the SPV.
The Iranian Resistance said: “It makes the cost to benefit ratio equation for Europeans, and other countries for that matter, who wish to make a quick gain out of the current and future interests of the Iranian people, to think twice about the costs before committing to anything serious.”