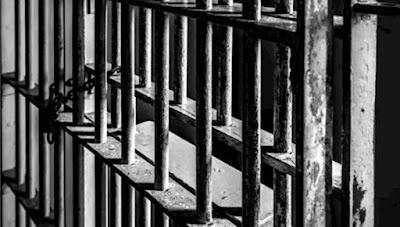 on 22 December 2018.
By Staff Writer
Human Rights Watch has said that Iranian authorities need to investigate the death of imprisoned activist on a hunger strike and hold anyone found responsible to account, but the rights groups did note that this seemed unlikely as the Regime has “systematically failed” to investigate four other suspicious deaths in custody so far this year.
Vahid Sayadi Nasiri, who was convicted of “insulting the Supreme Leader and sacred belief and propaganda against the state”, was reported as dead by the authorities on December 13. He had gone on a hunger strike in September and asked to be transferred out of a ward housing violent criminals.
Michael Page, deputy Middle East director at Human Rights Watch, said: “The deaths of dissidents and others whom Iran’s judiciary should never have imprisoned in the first place is a deadly travesty of justice. Iranian authorities have a responsibility to protect the lives of all detainees and impartially investigate any deaths that occur.”
Qom prosecutor Mehdi Kaheh claimed that Sayadi Nasiri was suffering from liver issues and died in hospital, but his sister Elaheh said that he’d been suffering from gastrointestinal bleeding and was transferred back to the prison despite this.


Sayadi Nasiri, who was serving eight years for his comments on social media, was reportedly pardoned by the Regime on March 16 but rearrested on July 23 on the same charges.
Other deaths in custody
As previously mentioned, there are at least four other suspicious deaths in custody that the Iranian Regime has failed to investigate, even dismissing some as suicides, despite the lack of evidence to back that up and signs of torture on the bodies.
On March 4, authorities told relatives of Mohammad Raji, a member of the Gonabadi Dervish religious minority who was arrested during a police crackdown on the community on February 19 and 20, that he had died in custody. The Regime refused to provide an explanation and threatened his family about speaking about it publically.
On February 10, authorities informed the family of Professor Kavous Seyed Emami, who was arrested during a crackdown against environmentalists on January 24 and 25, that he had died in prison. They claimed it was suicide, but have not investigated the death impartially.
While on January 7 and 8, authorities claimed that Sina Ghanbari and Vahid Heidari, arrested after taking part in the mass anti-regime protests, had committed suicide.
Worse still, there are many more activists at risk of dying in Iran’s prisons, including Farhad Meysami, a human rights defender arrested for protesting against compulsory hijab laws. He has been on hunger strike since August 1 and his condition has deteriorated severely, with a group of United Nations human rights experts expressing alarm at his condition and disturbance at the denial of his due process guarantees.
Page said: “Competent, impartial investigations into prisoners’ deaths are an essential first step for ending the impunity of abusive and negligent officials who are turning Iran’s prison system into a morgue for imprisoned activists and critics.”