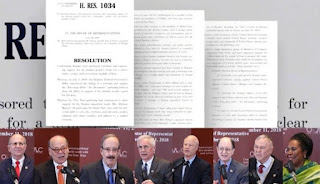 Stop mullahs’ terror squads
The known traits of the Iranian regime are the crime, massacre, and terrorism.
The physical elimination of dissidents began as soon as Khomeini seized power in Iran. Terrorism has always been a time-honored trait of this regime as the PMOI/MEK has been on the top of its terror lists as its arch-enemy.
The MEK has spared all the expenses needed for a free Iran and more than 120,000 of its members, have been executed in the mullahs’ prisons or have been targeted by mullahs’ terror squads abroad.
As regime’s situation both inside and abroad becomes more unstable, its terror squads become more active against the MEK. The mullahs want to guarantee their survival by annihilating the MEK. The number and the intensity of the regime’s terror plots in Albania, Paris, and the US is proof of this fact.
The bomb plot against the grand gathering of the Iranian Resistance in Paris was the greatest terror plot that regime’s terror squads intended to carry out in 2018. This shocking plot was foiled by arresting a regime’s sleeping cell in Belgium, which became active then. More than 100,000 Iranian dissidents and hundreds of prominent international figures attended the gathering on June 30, which was held by the Iranian opposition to demonstrate the extensive support for Mrs. Maryam Rajavi, the president-elect of NCRI.
Mrs. Maryam Rajavi represents the will of the people of Iran for a democratic change.
Assadollah Assadi, the organizer of this terror plot was an accredited senior diplomat of the regime and the head of its MIOS station at Iran’s embassy in Austria. He delivered 500 gr. of TATP to the cell personally and was arrested in Germany and then extradited to Belgium.
The involvement of a regime’s senior official in this terror plot, as well as the increase in the number of terrorist operations in recent months in western soils, proves that not only the ‘rogue elements’ is just a fallacy in the rule of the Velayat-e-faqih but also the mullahs’ terror squads are led by the regime’s highest officials. In addition, as Mrs. Maryam Rajavi did remind in a message on October 4, “The decisions for terrorist operations are made at the National Supreme Security Council presided by Hassan Rouhani, and subsequently approved by Khamenei.”
In this regard, 104 members of the U.S. Congress voiced their support for the bipartisan ‘Resolution 1034’ condemning the Iranian regime’s terror plot targeting the great June 30th rally held by Iranian opposition. U.S. Congressmen and Congresswomen also announced their support for the ten-point plan presented for future free Iran by the president-elect of National Council of Resistance of Iran (NCRI), Mrs. Maryam Rajavi. In fact, this was endorsing the fair struggle of the Iranian people and their organized resistance led by Mrs. Maryam Rajavi.
Mrs. Maryam Rajavi is known as the star of hope in Iran’s Sky, and we witness her images and messages being posted on daily basis at Tehran’s streets and other Iranian cities by the resistance units of the MEK network inside Iran.
It should be noted that a number of representatives of the US Congress participated in a conference on December 11 to publicize the signed resolution. On Dec. 11, a number of the related representatives took part in a conference to announce the adopted resolution. We draw your attention to some of the speeches: