The World Should Pay Attention to Iranian Meddling in the Region 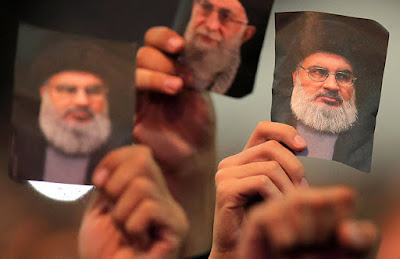 The World Should Pay Attention to Iranian Meddling in the Region

London, 18 Dec - Ever since the May elections, Lebanon has been unable to form a government, largely thanks to Iran-backed Hezbollah’s attempts to frustrate the process as much as possible, and now Lebanese President Michel Aoun has been forced to intervene, fearing a “catastrophe” if he doesn’t. Political scientist Dr Majid Rafizadeh explained.
Despite all of this, the international community has failed to sufficiently address Iran’s malign interference.
Iran-backed Hezbollah controls the majority of the Lebanese Parliament and is demanding an extra seat in the Cabinet, but Prime Minister-designate Saad Hariri is not linked with Hezbollah and has refused the demand, as is his right.
Now, Hezbollah is almost certainly acting on the orders of Iran’s Supreme Leader Ali Khamenei and the senior generals of the Islamic Revolutionary Guard Corps (IRGC) in order to create chaos in Lebanon and destabilise the country.
Why would Hezbollah do this? Because Iran is their chief benefactor, without whom the militant group could not function; something even admitted by Hezbollah leader Hassan Nasrallah when the US proposed imposing sanctions on Iran’s financial dealings.
He said: “As long as Iran has money, we have money… Just as we receive the rockets that we use to threaten Israel, we are receiving our money. No law will prevent us from receiving it.”
Why would Iran do this? Because its goal is dominance in the region and one way to achieve that through increased influence in Lebanon via Hezbollah. The more seats Hezbollah holds in the Cabinet, the more power Iran will be able to take and the more influence they can wield over Lebanon’s foreign policy. Alternatively, if Lebanon is unable to form a government at all, Iran will have less rebuttal from the regional community.
Dr Rafizadeh reiterated: “It is in Tehran’s interests that Lebanon undergoes a government crisis from time to time. A weaker Lebanese state provides a ripe environment for Iran to increase its influence and further empower its proxies and militias in the region. As such, Iran strives for political instability in the region.”
At the same time as frustrating the government formation, Iran has also been expanding its military influence in Lebanon, presumably trying to create a permanent military base, using commercial airlines to smuggle arms and materials needed to manufacture sophisticated weapons into the country. This internal manufacturing helps to reduce Iranian costs and chances of detection by the international community.
Rafizadeh wrote: “Tehran has shifted its focus back to Lebanon because it believes it has won the war in Syria. The international community ought to pressure Hezbollah and hold Tehran accountable for intervening in Lebanon’s politics and smuggling arms into the country.”