THERE’S A DIFFERENCE BETWEEN DISSIDENTS AND FREEDOM FIGHTERS IN IRAN 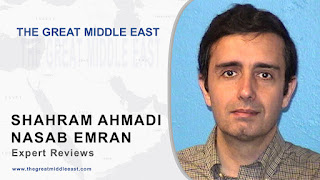 THERE’S A DIFFERENCE BETWEEN DISSIDENTS AND FREEDOM FIGHTERS IN IRAN

By INU Staff
INU- In order to properly understand modern Iran and create a successful policy on it, we must recognise the distinction between organized freedom fighters, who are devoted to bring regime change to Iran, and the many, many individuals and groups who simply dislike the current Iranian Regime. By putting all dissidents in the same “Iranian opposition” box, we are only making it harder to see which groups we should work with in order to bring actual change to Iran.
In order to clear things up, Shahram Ahmadi Nasab Emran explained it as such:
• Dissidents – People unhappy with the Regime and the status quo in Iran, which pretty much refers to all Iranians and groups inside Iran and across the Diaspora
• Freedom Fighters – Those who have actively stood up against the mullahs and pursued regime change, including the National Council of Resistance of Iran (NCRI) and its main constituent member the Mojahedin-e-Khalq (MEK)


Who are the NCRI and the MEK?
The NCRI, founded in 1981, is a coalition of pro-democracy groups that want to bring democracy to Iran. They were lauded by the international community for revealing Iran’s clandestine nuclear programme in 2002, which resulted in the inspection of Iranian nuclear sites by the International Atomic Energy Agency (IAEA).


The MEK has been the leading opposition group in Iran for over 50 years, but they have paid a heavy price for their resistance, with over 120,000 members and supporters executed for their political activism. Their sacrifice has inspired many more Iranians to come out in favour of regime change and their organisational efforts have made this year’s anti-regime protests in Iran a force to be reckoned with.
The fundamental difference here is that the MEK and NCRI’s goals and organizational capacities mean that they can help bring democratic change to Iran. After all, they have a longstanding commitment to regime change, while most Iranian dissidents preferred some kind of internal reform within the country until recently. Internal reform that the freedom fighters knew would never come. While the change in position by the Iranian dissidents is welcome, they need to now throw their support being these freedom fighters.
Other differences include that while the Iranian dissident groups are diverse and disparate, the freedom fighters are unified and organized, with a shared political platform, which makes them the only effective viable alternative to the ruling mullahs. And something that the dissidents and the freedom fighters can all agree on is that the Regime needs to go.