Environmental crises and the role of the Iranian dictatorship 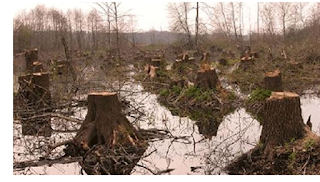 Environmental crises and the role of the Iranian dictatorship

Jan. 28, 2019 - Instability and terror are not the only contributions of the Iranian regime to the region. Long-term and even permanent damages to the environment have not been contained within Iranian borders either.
Remember, this regime has executed more than 120 thousand people, committed the most heinous massacre after the WWII, and has driven more than 80 percent of the population of potentially one of the richest countries of the world below the line of poverty. Expecting anything but mismanagement and neglect towards environmental issues from this regime is nothing but a bitter joke.
Under the reign of this dictatorial regime, the environment has also faced a "massacre" of water, soil, forests, lakes, wild life, grasslands, and air.

The dimensions of Iran's environmental crises

Talking about environmental crises in Iran, one should bear in mind the unthinkable standards of devastation by the regime. Let us look at some facts and figures to which the regime's officials have confessed:

Environmental activism is life-threatening in Iran.

It is not fair to say that the regime has done nothing concerning environment, because it has. Some examples:

What is to be done?

If the roots of the environmental crises of Iran are recognized to be political and lie in the very existence of the regime in power, then logically the solution must be in the removal of the cause.
In her speech at the Resistance's grand gathering in Paris on June 30, 2018, Mrs. Maryam Rajavi formulated this logical solution and said:
"We believe it is possible to eradicate high prices, poverty, unemployment, shanty dwelling, water shortage and environmental calamities. But, before anything else, the trampled political rights, specifically the right to sovereignty of the Iranian people, must be restored and revived. This is the aim of our Resistance and the raison d’etre for the NCRI".