Increasing concern among mullahs in Iran over growing social media use 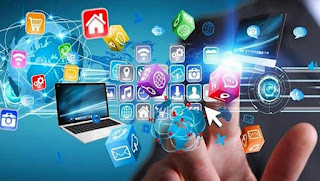 Increasing concern among mullahs in Iran over growing social media use

Feb. 25, 2019 - Mohammad Jafar Montazeri, Prosecutor General of the mullahs’ regime in Iran, expressed growing concern over social media use in an interview with the Fars news agency, a media outlet affiliated to the Revolutionary Guards (IRGC).
“Why should we be witnessing so much crime and sin in our society?” he said. “The numbers are terrifying and this should be a warning to our officials. My messages is to those who can cleanse [social media], even if its 50 percent lesser. In the past ten months alone, cyberspace crimes and computer-based crimes have increased by 140 percent.”
His remarks could also be paving the path for a new wave of domestic crackdown and further internet censorship. Montazeri went on to describe messaging apps provided through social media platforms as disgraceful.
“Our authorities should know what a disgraceful atmosphere has been created in our society. Pay a visit to the Anti-Computer Crime Department. Who is responsible for all this?” he continued in deep anger.
It is worth noting that Javad Javeed-Nia, Deputy Prosecutor General in Cyberspace Affairs also voiced concern over this issue.
“90 percent of the country’s cyberspace is controlled by foreigners and their main objective is to change the society’s tendencies and tastes. Everyone should react strongly through a planned process to the measures of our enemies and the [People's Mojahedin Organization of Iran (PMOI/MEK)],” he added.
“Considering the fact that our enemies have established cyber armies against the [mullahs’ regime], those who care about our state must launch a media campaign against the enemy, identify the enemy’s strengths and weaknesses, and place forward an adequate analysis,” Javeed-Nia continued. “In a study conducted last year, the aggressive content published in Instagram on a daily basis was very extensive.”
It is worth noting that Montazeri had previously warned the regime would be facing alarming circumstances if the country’s cyberspace is not “managed.” In remarks made during a session evaluating “cultural threats,” Montazeri shed light on the growing concern among officials of the mullahs’ regime in regards to the internet.
The state-run Tehran Press news agency acknowledged the fact that the mullahs’ regime is very much behind in this struggle against the people. “Considering the specific type of our culture, we have not been able to surpass the enemy in regards to cyberspace. In fact, we have been very behind and continuously suffered heavy attacks. I can dare to say that the enemy, especially the [PMOI/MEK] organization, is in control of the Telegram platform. For those who should be familiar with this organization’s tactics, these remarks are not exaggerations at all and are in fact a reflection of our status quo.”
This outlet further says, “If not 100 percent, the mentality of toppling [the regime], seen very active today in social media platforms, is very much influenced by the literature and terms of overthrowing that is used very vividly by the [PMOI/MEK]. This culture and vocabulary is witnessed in most Telegram groups, including political groups and even social groups. We may not believe it that many of the so-called principalists groups, those who appear to be loyal to the [regime], are not safe from the influence of this organization’s hypocritical culture. This is the mysterious and low-profile ruling state that continues to be active even in the homes of our senior officials. These days we are witnessing how the children of these loyal individuals and insiders are literally drowned in cyberspace platforms heavily influenced by the [PMOI/MEK] and are not aware of this reality.”