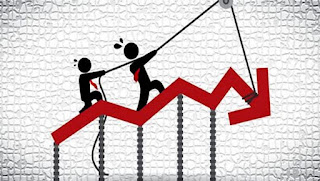 Feb. 26, 2019 - A multi-dimensional economic crisis has paralyzed the Iranian regime. While the sanctions’ noose has tightened around the mullahs’ neck, the European mechanism has still yielded nothing of value to compensate for the U.S. sanctions due to the Iranian regime’s unwillingness to pass the FATF anti-money-laundering bills into law.
Just a few days ago it was revealed that a deficit of about hundred thousand billion tomans has been hidden among other items in the budget bill in order to present a healthier face for the Islamic Republic of Iran.
Tehran’s Friday prayer Imam Mohammad Hassan Aboutorabi Fard described the Iranian government’s budget bill a failed attempt and said: “Let’s look at how many steps have been taken to decrease the country’s dependence on oil income in the budget bill that is about to pass. How many steps have been taken to decrease the amount of energy dependence and management of consumption?”
Referring to the impact of international sanctions and the lack of solutions and the corruption in the regime, he said: “The weak operation of the economy has challenged the country from the outside and the inside. The outside challenges are the sanctions which will become less effective or not effective at all in case the inside operation is amended. The inside challenges are structural deficiencies and managerial weaknesses.”
“With this structure, the 2019-2020 budget could have about hundred thousand billion tomans [about 7 billion USD] budget deficit hidden in it,” he added.
Ahmad Alamolhoda, Khamenei’s representative to the city of Mashhad and the city’s Friday prayer Imam, demanded the government of Hassan Rouhani to hand over the issue to others who will solve it in a “Jihadi way” and said: “Well, you can’t seek help from others. Others should come and help you in management and thinking.”
Referring to the current skyrocketing prices of fresh meat, Alamolhoda said: “They repeatedly say that sheep is being smuggled [out of the country]; They are smuggling but who’s controlling the borders of the country? Who’s controlling the communications of the country? Don’t you have eyes when they smuggle? Don’t you have resources to control? What does the Task Force for Combatting Trafficking do that Mr. minister comes and brings excuses saying that our meat is gone, and they are taking the sheep? So much weakness for real?”
On the other side, Rouhani’s faction blames their rivals for the current economic crisis.
Mostafa Derayati from Rouhani’s faction says: “It’s clear that what we witness in economic conditions today is the result of the works of people like Mr. Mojtaba Zonnour rather than the result of the government’s work.”
Zonnour is a former deputy representative of the Iranian Supreme Leader Ali Khamenei to the Islamic Revolutionary Guards Corps and current member of the Iranian parliament.
Earlier, Rasoul Montajabnia, an Iranian cleric close to Rouhani’s faction, said: “All the elite know that the mandate of the president and the government is less than 30 percent.”
In addition to the hundred-thousand-billion-toman deficit, which is one quarter of the total budget, one third of the budget is projected to be covered from income taxes.
With fresh meat prices around one tenth of the monthly minimum wage per kilogram, ordinary Iranians have already a hard time to afford buying it once or twice a month and increasing taxes to cover the government’s deficits is outright inhumane.
Although both major factions in the Iranian political elite try to blame the other side for the current economic crisis, the roots of the problem lie in four decades of corruption, nepotism and kleptocracy.
None of the factions is the major culprit for the current situation. Both are equally in it.
But aside from so-called “pundits” and “analysts” with certain agendas to keep the ruling theocracy in Iran on life support, everybody knows that the competition between so-called reformists and hardliners in Iranian politics is just foul theatrics to fool the public.
Afterall, it was ordinary Iranians who created one of the most famous chants of the 2017-2018 popular uprising.
“Reformist, hardliner! The game is over!” they chanted, setting Iran on a glorious path toward freedom and democracy that the Iran lobby doesn’t like a bit.