Active Role Of Women In Various Protests Across Iran 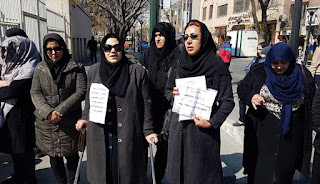 Active Role Of Women In Various Protests Across Iran

Defrauded creditors, students, and employees of Saham-e Edalat company launched protests on Sunday and Monday, March 10 and 11, 2019, where an active role of women could be seen in all of them.
On Monday, March 11, 2009, a group of defrauded clients of the fraudulent Padideh Shandiz Institute held a protest rally in front of Rouhani’s office on Pasteur Street. Women had an active role in this protest movement.
On the same day, students at the Khajeh Nasir Toosi University of Technology in Tehran launched a protest rally and signed a petition against the clampdown on students’ rights.
A group of representatives of university BS graduates held a protest rally in front of the Ministry of Science building in Tehran on Monday, March 11, 2019. (The state-run ILNA news agency – March 11, 2019)
Also on Monday, March 11, 2019, a group of employees of the Ministry of Agriculture Jihad, including a number of women, gathered in the old building of the Ministry of Agricultural Jihad in protest to the non-increase of their privileges and rights according to the basis of the provisions of Chapter 10 of the Services Management Law. (The state-run ILNA news agency – March 11, 2019) 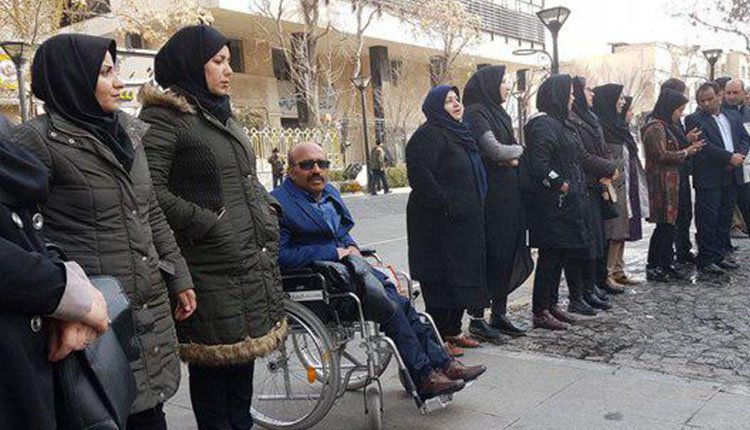 On the same day, a group of employees of Saham-e Edalat company once again gathered in front of the Ministry of Economic Affairs and Finance and protested against the undetermined status of their employment and their unpaid salaries. The active protesters said that this series of protests in Tehran began about one week ago objecting against the 48 months of wage arrears, but so far, despite the promises made, the authorities have not given a convincing response. This series of protests that began on March 5, 2019, in front of the building of the privatization and the Ministry of Economy, entered its seventh day on Monday. (The state-run ILNA news agency – March 11, 2019)
On Sunday, March 10, 2019, a group of buyers of registered vehicles from the Kerman Motor Company, once again gathered at the at the Ministry of Industry, Mine and Trade in Tehran and protested against the high prices announced and the lack of delivery of cars.