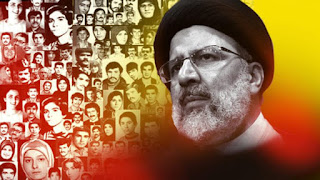 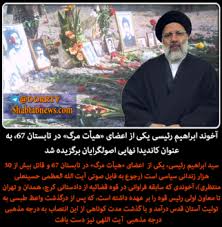 By INU Staff
INU- Ebrahim Raisi was officially sworn in as the head of the federal judiciary in the Islamic Republic of Iran last Friday. Raisi was appointed to a five-year term by Supreme Leader Ali Khamenei.
The new judiciary chief has a record of disregard for human rights. In fact, in 1988, Raisi was part of the three-person “death commissions” in Tehran, whose purpose was to interrogate political prisoners and order the execution of those who were deemed to be disloyal.
Over that notorious summer, the death commissions were responsible for an estimated 30,000 executions. Members of the leading opposition group, the People’s Mojahedin Organization of Iran, were the primary targets. The exact numbers and scope of the killings remains unclear because many of the victims were buried in secret mass graves. Several human rights groups have begun to push for a UN-led inquiry into the incident.
The Iranian government has denied any wrongdoing, or in some cases, acknowledged that this crime against humanity occurred, but that it was justified.
However, in 2016 an audio recording was released that had been made by Hossein Ali Montazeri, a clerical official who was meant to be the successor to Ayatollah Khomeini. The recording featured his condemnation of those who, like Raisi, had participated in “the greatest crime of the Islamic Republic.” The recording’s release brought unprecedented public awareness to the massacre of political prisoners.
Meanwhile, regime officials who played a role in the massacre of 1988, like Mostafa Pourmohammadi, went on to serve in high-profile appointments under “moderate” President Hassan Rouhani’s first term.
Pourmohammadi openly stated that he was “proud” to have helped to carry out “God’s command” of death for those who advocated an alternative form of government. The international outcry that followed his statement led to Pourmohammadi stepping down in advance of Rouhani’s second term.
Raisi’s appointment as head of the judiciary highlights the way the Iranian regime seeks to normalize the worst behaviors of Iranian authorities — and at a time of nearly unprecedented domestic unrest.
Across Iran, since the end of 2017, people from all walks of life have been putting their lives at risk by publicly demonstrating against Tehran’s ongoing repression and disregard for the welfare of the national population. Thousands were arrested over this past year. Many were threatened with the death penalty.
The international community should be shocked by Raisi’s ascension to head of the judiciary. Another massacre, and another attempt to stamp out the PMOI (who has played a leading role in organizing public protests and promoting the cause of regime change) may be in Iran’s future. Human rights advocates have already pointed out that even the most “moderate” elements of the Iranian regime cannot be expected to prevent an outcome such as this.
The US and Europe have a responsibility to respond appropriately to Raisi’s appointment, and make Tehran’s government accountable for its human rights abuses.